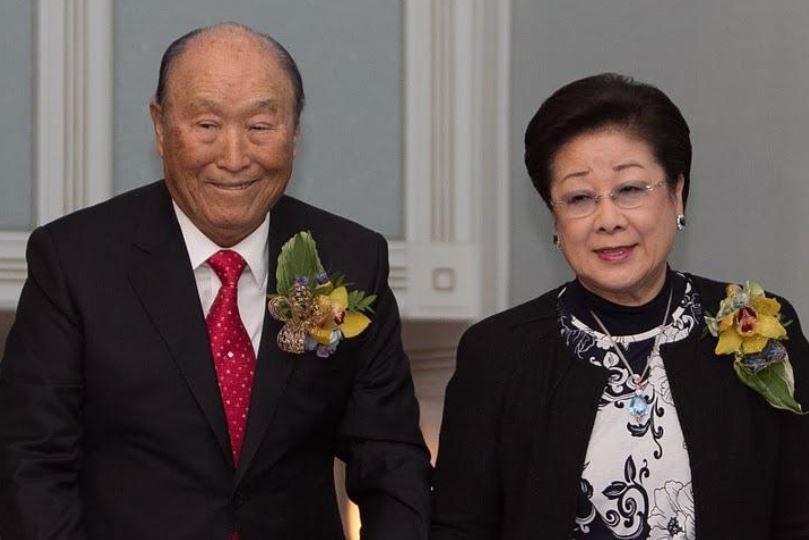 Men admit they are klutzes at, well, certain tasks, and that there are some tasks at which they are absolutely incapable. The same goes for women. Let’s all get over it. Men and women can thrive only when both are entirely objective to God. One with God, we partner as parents to create and lead complex entities, such as a family, a culture, a nation, a world.

Men admit they are klutzes at, well, certain tasks. The same goes for women.

How does this fulfill the Divine Principle statement that “The new truth …will bring about the unification of the communist and democratic worlds”? The illustrative period was 1989-91.

Six months later, on March 27, 1990, True Father solidified the right of parents and right of kingship by elevating True Mother.

“Today,” he said, “is the 30th anniversary of Parents’ Day. This anniversary is particularly significant for True Mother. …I declared in Pledge Service this morning that the accomplishments of True Mother, who represents womanhood, have given women of the world complete freedom. They can take a more front line position to unite and restore women of all nations. Women must become truly heavenly instruments.

“Another thing I declared at Pledge Service was that I am the first founder of the Unification Church and Mother is the second founder. Women and men can now stand side by side. If Mother alone should visit one of the Unification Churches around the world, no one can say, ‘Why did Mother come alone? Where is Father?’ because Mother, all by herself, represents and is the founder of the church. If I had to proceed alone from here, God’s dispensation would go forward. If Mother had to proceed alone, the same is true. God’s dispensation will be consummated!”

With this in mind, let’s consider the course of human events over the following two years.

Women and men can now stand side by side.

(Exposition of Divine Principle, p. 87; “The Proclamation of True Parents and the Establishment of Kingship,” March 27, 1990, https://tparents.org/Moon-Talks/SunMyungMoon90/SunMyungMoon-900327a.pdf. Here are additional words from that speech.)

“Although [Jesus] was unable to accomplish his mission on the national level, I have set the conditions for the consummation of the True Parents’ mission, fully accomplishing my mission. After 30 years together, Father and Mother as the True Parents have completely laid the worldwide and universal foundation for the Kingdom of Heaven on earth.”

“Now that I have restored the position of True Parents, the Kingship of the Kingdom of Heaven has also been restored. That is because once Adam and Eve are consummated, they are not only the father and mother of that family, but also the king and queen of that family. Therefore, the consummation of the True Parents means the restoration of Kingship. On February 27, 1990, I declared the restoration of Kingship on the worldwide level.”

“The outside world is talking about Reverend Moon being seventy years old. People ask, ‘Who is going to be his successor?’ But I tell them there is no need to worry because Mrs. Moon, our True Mother, is only 47 years old! And after us there are the true children to carry on God’s Providence.

ABOUT US
Our Mission: To inherit and magnify True Parents’ love.
Our Vision: True Parents Way builds the vibrant unity of our ever-expanding global family through articles, podcasts, courses and videos.
FOLLOW US
© Copyright 2019 - True Parents Way. All Rights Reserved.
MORE STORIES
Government