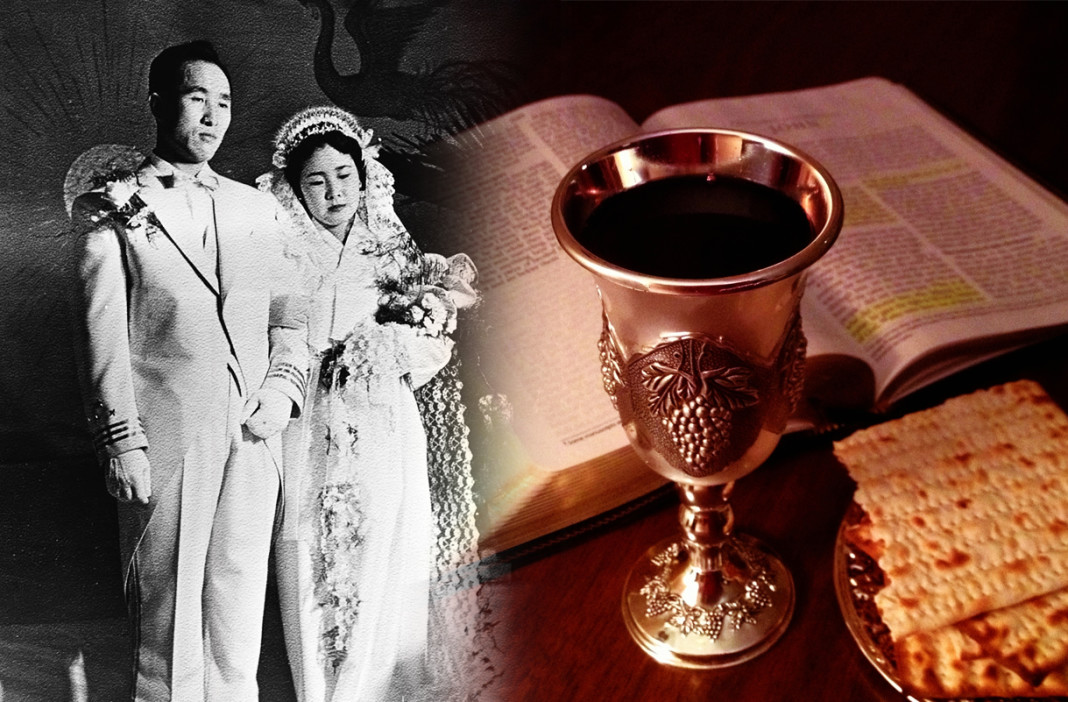 In the Christian tradition, a sacrament is regarded as an outward and visible sign of an inward and spiritual divine grace. It embodies the ongoing presence of Jesus in the world. Jesus endows God’s forgiveness and rebirth through baptism, inclusion in his body through the Eucharist and, for Catholics, the sanctification of the marriage bed through holy matrimony, grace for the pastoral vocation through ordination, release from sins through penance, and more.

“The holiness of these sacraments, the grace they endow, is that of husband and wife “

All religious founders instituted analogous traditions. Through the Ten Commandments, the Eight-fold Path, attendance of ancestors, honoring divinities, the Five Pillars, creeds and catechisms, they provide human beings a path of transcendence. They establish values and practices that imbue the world with goodness, peace and reconciliation. Then is what Rev. and Mrs. Moon have done another such tradition? No. Rev. and Mrs. Moon honor these traditions; they do not replace them. And they point out that to create these traditions, God worked through individuals—usually male.

“Father Moon did not initiate sacraments during his ministry as a single man. He waited until his bride appeared and their Holy Wedding took place.”

In Rev. and Mrs. Moon, God appears as a married couple. This is new upon the face of the earth. Unificationism is a married couple’s ministry. To be sure, all good traditions honor marriage, but none place a man and woman, a married couple, as the root, as the source of eternal life, as the image of God.

Therefore, Father Moon did not initiate sacraments during his ministry as a single man. He waited until his bride appeared and their Holy Wedding took place. This was never before seen in this world. The Second Advent is the ministry of a husband and wife; it is a couple’s ministry. The holiness of these sacraments, the grace they endow, is that of husband and wife.

The Holy Items of Cheon Il Guk and Our Eternal Life with True Parents - God's Love Made Real The wife and mother are essential...