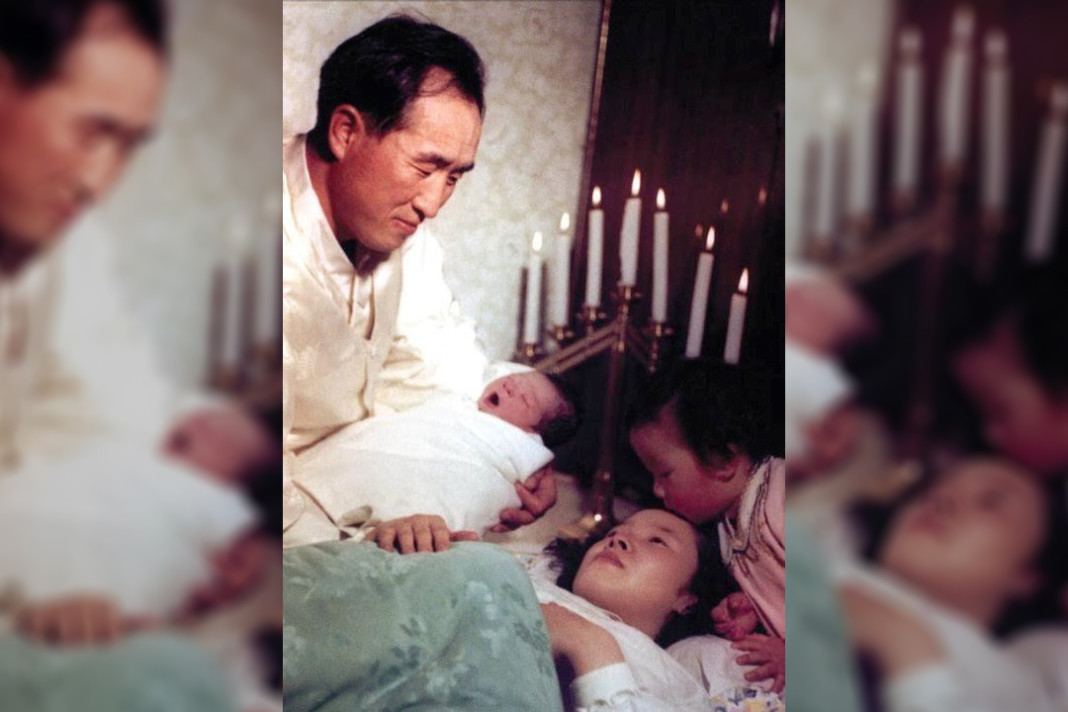 Satan accused God and Job, and justified himself: “Job loves You because you have blessed him. You are just buying people’s love! Remove those blessings and Job will curse you, just as I did!” To gain Satan’s surrender before the ideal of true love, God forsook Job. By loving God even after being forsaken by Him, Job won the victory for himself—and God.

God forsook Jesus. By loving God even when forsaken on the cross, Jesus won the victory of the forsaken God who still loved Adam and the angel after being forsaken by them.

“Mother Moon comforted God and True Father, and asked them to forgive us, who put our needs before the needs of the providence.“

Sun Myung Moon, abandoned by God seven times to torture and imprisonment, won the victory over the cross seven times, comforting God and asking Him to forgive his enemies.

Consider this testimony from Mother Moon:

“[When] I had Young-jin, I tried to give birth by natural delivery, but the baby’s head was large and it seemed I might die during childbirth. Father was in Germany, and the doctor said that both mother and baby would be in danger if a decision were not made in thirty minutes. I had no choice but to have a caesarean section, and so Young-jin was born.

“Once you have a caesarean section, you can’t give birth by natural delivery again, because the part that is cut open loses elasticity. Therefore, I had to offer a special prayer to find out what God wanted me to do. Heaven confirmed that God was waiting for me to give Him thirteen children.”

“Father Moon, who was present at that testimony, commented, “Mother, you have spoken well. Thank you.”

Father Moon was absent on purpose. Satan accused God and True Parents: “She loves you for her own benefit. If you forsake her, she will no longer love you.” Father Moon forsook his wife to gain Satan’s surrender. Mother Moon responded without a trace of anger, with nothing but love and gratitude. She comforted God and her husband and asked them to forgive us, who put our needs before the needs of the providence.

Father Moon, who was present at that testimony, commented, “Mother, you have spoken well. Thank you.”