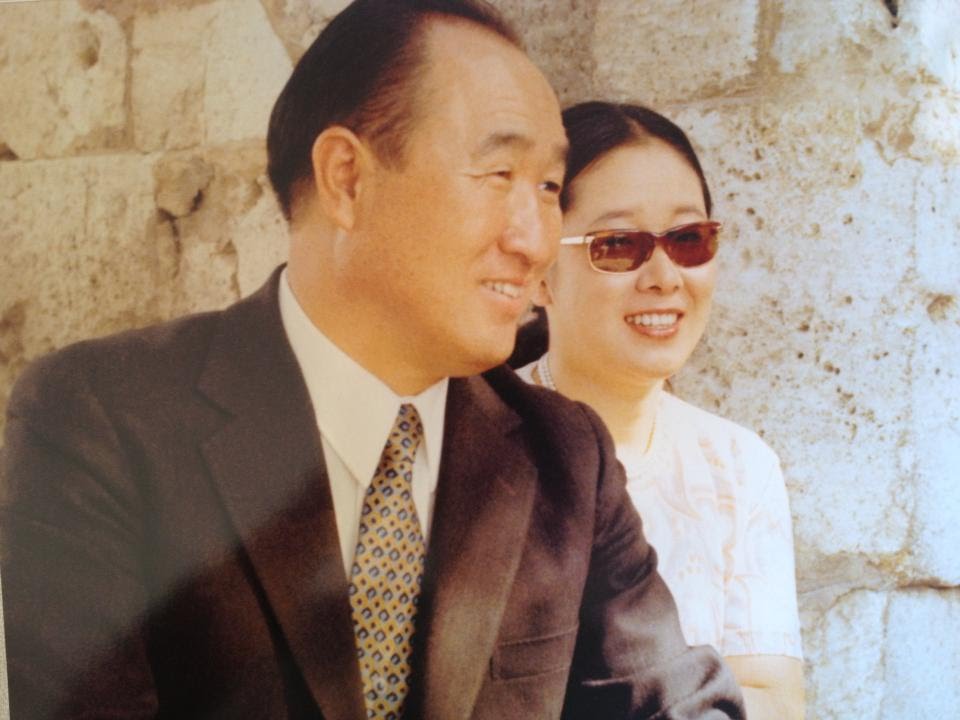 In the aftermath of the Fall, God cursed Satan, Eve and Adam. In so doing, God decreed that Eve, not Adam, would hold enmity against Satan, when He said to the serpent, “I will put enmity between you and the woman.” Eve, not Adam, was Satan’s opponent, the one who bore the grudge against the devil.

“Her husband did rule over her, but as a true Adam he lifted her as his equal to rule over him just as he did her. “

Therefore the messianic promise was made to Eve, not Adam, for God said to Lucifer that He would put enmity “between your offspring and hers…” God identified the Messiah, who would crush the serpent’s head, as the woman’s offspring. The women of Jesus’ lineage fulfilled the conditions for the birth of the Messiah. Mother Moon fulfilled the conditions for the completion of the Messiah.
Then God turned to Eve, and said “I will make your pains in childbearing very severe; with painful labor you will give birth to children.”
By her absolute faith, love and obedience, True Mother turned the curse into a blessing. She honored God through childbearing. “I had to offer a special prayer to find out what God wanted me to do,” she said, “Heaven confirmed that God was waiting for me to give Him thirteen children.”
Without drawing attention to herself, with sacrificial love, Mother Moon gave birth to fourteen children, four by having her body cut open, and at least three, Yejin-nim, Injin-nim and Youngjin-nim, without her husband present. She did so entirely for God, one in heart with Heavenly Mother.

“By her absolute faith, love and obedience, True Mother turned the curse into a blessing.“

God gave a second curse to Eve: “Your desire will be for your husband, and he will rule over you.”  Again, True Mother changed the curse into a blessing. Her desire was for her husband, and he did rule over her, but as a true Adam he lifted her to be his equal and to rule over him just as he did her. Her heart was joyful, and the outcome was the physical salvation of humankind.
Thus Mother Moon fulfilled the words Adam then spoke, that Eve “would become the mother of all the living.” This is the mission of True Mother—to complete the Messiah, to bear the burdens of love with joy, and to become the mother of all the living.
And weren’t we all born as her offering to God, as if by caesarian section?