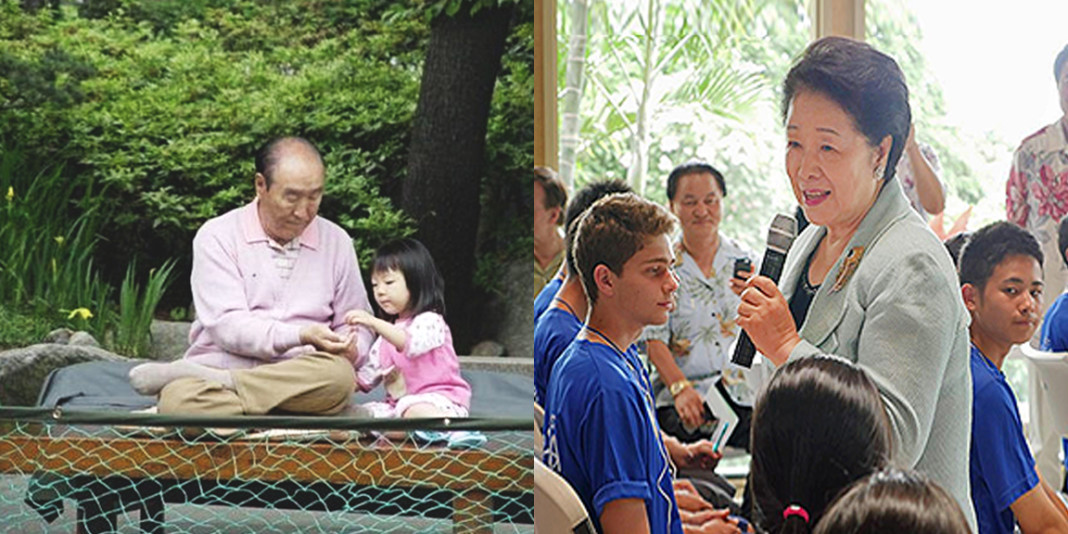 Many people accepted True Parents and then left them. Within a day of my joining, I opened the door of the center to a young man who, returning to retrieve something he had left behind, told me that he had learned what he needed to learn and was moving on.

My heart felt so sad for him. How can you leave your parents?

“We leave our parents due to hurt and hubris, pain and pride.“

We leave our parents due to hurt and hubris, pain and pride. Hubris is the feeling that we can do better by separating from them, that God is no longer with them, they are not highly effective. I once tended in that direction.

Jesus asked the disciples to pull back in Gethsemane. Why did they fall asleep? Here’s my bet: “Hey,” Peter said, “We’ve got a lot of work to do tomorrow, all those things he told us to do in his name. If we don’t get some rest, we’ll be in no shape to carry out his will. Let’s be practical. Get a little rest.”

I had such experiences with True Parents. I had a truckload of work “in his name,” and he would say, “Okay, we’re going fishing.” I would really chafe! “I’ve got to set up the hotel, organize the Holy Day, send out the memo! And Father wants me to go fishing!?!”

Jesus visited the house of two sisters, Martha and Mary. Martha cooked and cleaned for Jesus. Mary just sat listening to him. When Martha complained about this, Jesus calmed her down. “Martha, Martha,” the Lord answered, “you are worried and upset about many things, but few things are needed—or indeed only one. Mary has chosen what is better, and it will not be taken away from her.”

“You don’t have to hear me. Just be here with me.“

Once, while speaking informally to a large group of members, Father Moon kept turning away from the microphone. When a staff person moved the mic to catch Father’s voice, Father would turn the other way. After several rounds of this, the staff person appealed, “Father, we can’t hear you.” Father Moon answered, “You don’t have to hear me. Just be here with me.”

Jesus wanted his disciples just to be with him in his hour of tribulation.  When the bombs hit Hungnam Prison, the ones who stayed with Father Moon lived. So too, in the final hour, our mission is to stay with True Parents.

What does it gain a man to gain the whole world and lose his parents… nay, lose True Parents? It matters not that he cries, “Father, Father, look at my mighty works done in your name!”