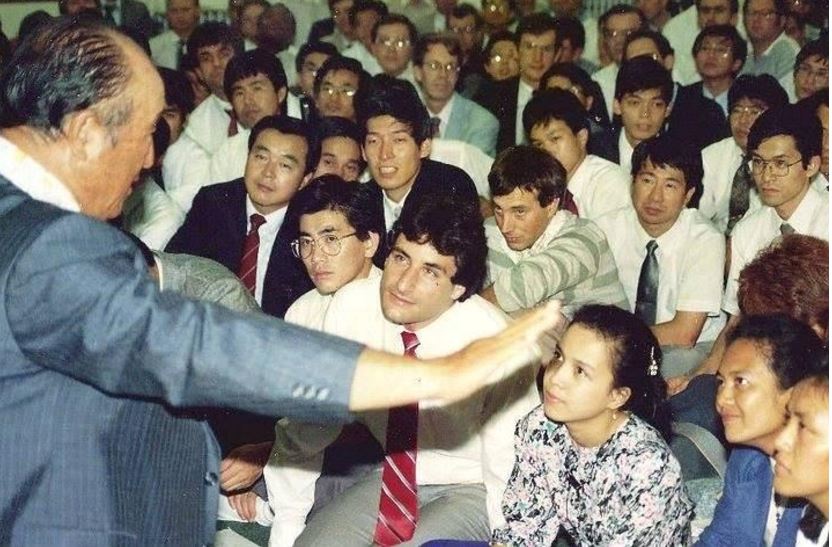 Cheon Il Guk is designed on the model of a perfect individual. The human body fights infections through the immune system. The body politic too must have a way to recognize danger and eliminate or transform it. Since its “cells” are human beings, this requires great care.

First the externals. Cheon Il Guk vests its judicial power in the Cheon Beob Won, the Court. The legislature determines the qualifications to serve, based upon which the True Parents appoint nine members, including a Chair and Vice-Chair(s). Members have four-year terms and may be re-appointed twice.

“There will be no judges or lawyers, especially accusing prosecutors.“

For internal guidance on the Beob Won, we refer to two Peace Message teachings.

First, in Cheon Il Guk there will be no judges or lawyers, especially accusing prosecutors. In their place, the family will protect the body’s health. When he dismissed the need for judges and lawyers, True Father said, “Is there anything that cannot be resolved within the family?”

Second, blessed wives will form a peace kingdom corps and police force, to nourish and protect new blessed families and to protect and cultivate the environment. True Father compared these organizations to the red and white blood cells.

White blood cells attack infections, so wives and mothers nip unprincipled words and deeds in the bud. How is this done?

“Resolution comes by reporting to one’s parents, who embody God.“

Unprincipled words and deeds arise from feeling a lack of love. Resolution comes by reporting to one’s parents. True Father taught that children go through their mother to their father. Thus blessed wives make up the nation’s peace corps and police force and, correspondingly, in my interpretation, blessed husbands the Beob Won.

The police force and Beob Won are in the position of parents. No accusers and judges, just mothers and fathers. By reporting, we experience self-judgment that leads to liberation and complete release, based on Word, personality and heart.