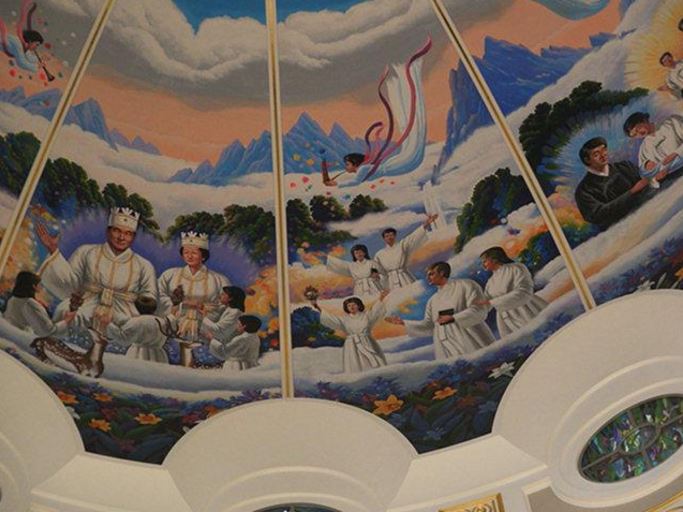 A federation is a form of government that shares power between a central authority and its constituent units. Our Constitution is the law of a federation: the Family Federation. It distributes power to the individual, family, tribe, nation, region and world. Thus far we have discussed the world-level government, HJ Cheonwon; now we address the self-governing regional and national units.

“Our Constitution is the law of a federation: the Family Federation.“

The regional unit coordinates and supports national units and provides status reports to the global Jeong Won. It is not the sole source of information to the global level; the Eui Won (legislature) and Gong Won (media and research) are other conduits.

The national unit governments parallel the HJ Cheonwon, with a Supreme Council and five Wons, plus an office supporting heavenly tribal messiah activities. They are led by National Leaders, with National Messiahs serving as consultants.

The National Unit’s Eui Won determines the qualifications for their National Leader. Appointment from among qualified candidates takes place in consultation with the Regional President, International President and global Supreme Council, with the True Parents having final approval. Each national unit determines their National Leader’s term length, but his or her maximum time in office is twelve years.

“The Constitution provides a path to nationhood in Cheon Il Guk.“

Based upon this Chapter and the Constitution’s Article 15, we can sketch the path to nationhood in Cheon Il Guk. Article 15 states that management of public assets “must comply with the laws and ordinances of the nation in which the applicable public asset is located.” We surmise that in fact all activities of national units must harmonize with the laws of their nation.

On that foundation, they can work with that nation’s governors and legislators to develop national laws consistent with the Cheon Il Guk Constitution.

From Article 15 we infer that National Leaders and Regional Presidents would jointly confer with the Jeong Won, Jae Won and Supreme Council on how their host nation can qualify for Cheon Il Guk nationhood, for final approval by True Parents.

[The photograph is of the inner cupola of the Cheon Jeong Gung, HJ Cheonwon, Korea.]