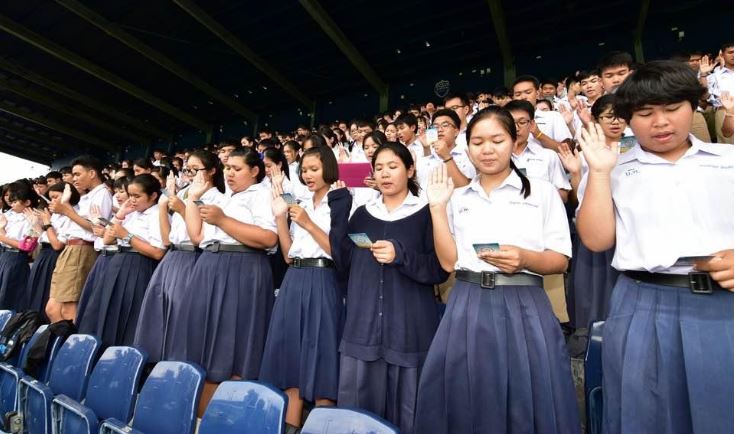 In our last post, we proposed that any nation that officially adopts and implements pure love education for adolescents and Blessing education for adults should be considered a Cheon Il Guk nation.

To understand the logic, let’s ask a question: How would Adam and Eve, our first human ancestors, have set the standard of Cheon Il Guk in their family?

This is an important question because the standard for a society, a nation and the world must be the same as for a family. The Cheon Il Guk standard must be universal and scalable.

“How would Adam and Eve have set the standard of Cheon Il Guk?“

The answer is simple. Had Adam and Eve followed God’s commandment “do not eat” and on that foundation received God’s marriage Blessing and become True Parents, this would have been the family Cheon Il Guk. They would have brought forth a God-centered lineage at the beginning of history.

Unfortunately, our first ancestors lost faith in God’s commandment and misused love. They lost the vertical standard by disobedience and the horizontal standard by seduction and lust. The ultimate tragedy was that their false love created a lineage—hence tribe, nation and world—separated from God.

What does this mean in terms of government? True Father teaches that parents are teachers and owners. Governance comes through parents, but fallen parents have no foundation to govern righteously.

The standard of abstinence before marriage and fidelity in marriage, extended through lineage, would have brought forth righteous governance, God’s governance. By restoring this standard under God, our True Parents have restored God’s authority to govern through parents.

From the grassroots up, political leaders today are recognizing the roots of God’s authority in the Blessing and pure love education. They see that the practice of true family values solves social problems and builds peace and prosperity. And they recognize that the Holy Marriage Blessing empowers all people to live by this standard, something Adam and Eve failed to do and something no historical civilization has accomplished.

The International Association of Parliamentarians for Peace provides a forum for legislators to study, discuss, participate in and advance this amazing providence.

(The photo is from a gathering of 5,300 students who received Pure Love education and made the Pure Love Pledge in a soccer stadium in Buriram, Thailand, September, 2016. The provincial government, NGOs, religious organizations and professional sports clubs supported the program.)