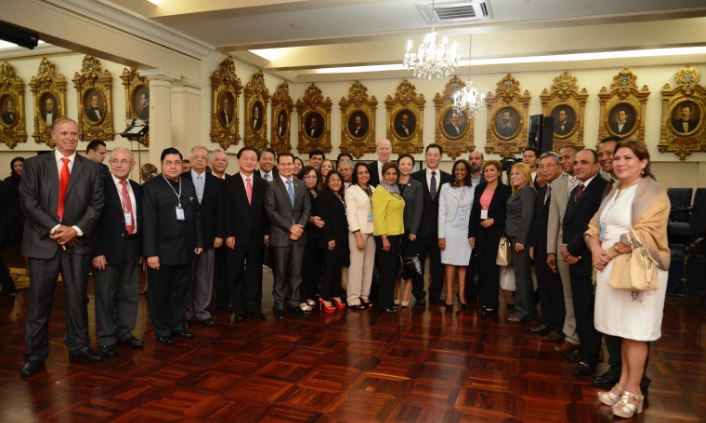 We propose to have a clear standard to define a Cheon Il Guk nation:

Any nation whose government officially adopts Pure Love Education for its youth and promotes the Interfaith Peace Marriage Blessing for all citizens is a Cheon Il Guk nation.

A universal standard would open the road to Cheon Il Guk for all nations, putting each nation on a level playing field. All nations would be able to fulfill our True Mother’s cherished dream for Vision 2020.

“IAPP can network lawmakers from every country worldwide centering around two initiatives.“

Having a clear and simple standard would clarify the task of the International Association of Parliamentarians for Peace. The IAPP, a project of the Universal Peace Federation, is a brilliant innovation from True Parents. It networks lawmakers from every country worldwide centering around these two initiatives—abstinence first and fidelity forever.

Parliamentarians can support each other to bring this one standard to inform their respective nation’s official family policy, in a way compatible with the nation’s unique culture and legal system.

The ideals of faithful marriage transcend political dividing lines. Down the aisle naturally goes across the aisle.

This will be an organic process leading to global unity. Since the regional Asia-Pacific ILC in Kathmandu, where IAPP was inaugurated in July, six Asian nations have launched national IAPP chapters. Speakers and Members of Parliament and Cabinet Ministers have chaired these events, with prominent social and religious leaders in attendance. Sri Lanka’s IAPP launching took place in the parliament building; Costa Rica’s was in the main hall of the Legislative Assembly building.

Through follow-up Principle education, Blessing events and Pure Love rallies, the Universal Peace Federation is fulfilling the role of the Abel UN. When high-level government people understand True Parents’ principles and how, when applied, they solve fundamental social problems, they deeply respect True Parents not only as “Peace-Loving Global Parents” but as the “Parents of Heaven, Earth and Humankind.”

“This will be a natural process leading to global unity.“

The arc of the universe is bending toward true love. When scores of nations adopt these two educational programs, the nation-states themselves will work through the United Nations. When the UN adopts these programs, we can declare the effective arrival of Cheon Il Guk worldwide. True Mother constantly talks about having the 7.3 billion people of the world understand and accept our True Parents. This is one way it can be done.

(This post was co-written by Robert Kittel and Tyler Hendricks. The photo is the vice president of Costa Rica and dignitaries from Central America and the Caribbean at the UPF International Leadership Conference (ILC) in Costa Rica this October. A total of 78 parliamentarians and government officials attended the launch of the regional IAPP. To learn more about this and similar events, see http://www.upf.org/conferences-2/187-international-leadership-conferences/7214-parliamentarians-for-peace-launched-in-central-america-caribbean-region.)