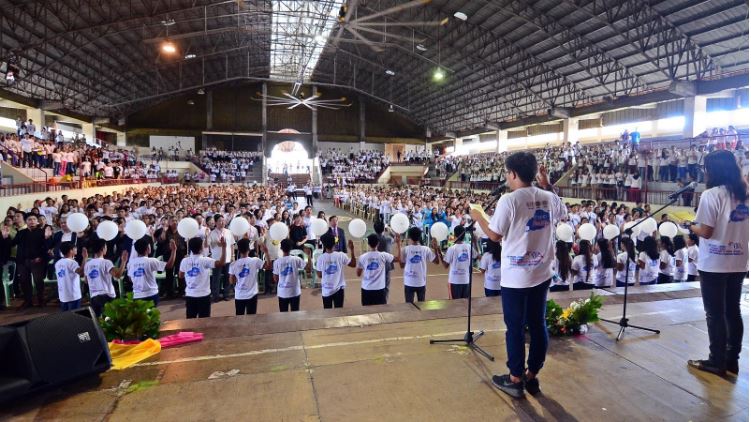 Is it true that only through having our own political party can we establish Cheon Il Guk? We have presented an outline of a different path, the path of educating legislators of all parties about Pure Love programs, True Family Values and the Interfaith Peace Marriage Blessing, and helping them implement these standards through their nations’ family law, marriage licensing and youth curricula.

It is a path to resurrect and unite a nation’s families, and as True Father said, “When families combine as a federation, they move into the age of the providence for the salvation of clans, and beyond that, to the salvation of nations.”

“When families combine as a federation, providence moves to the salvation of nations.“

Adam and Eve would have established a government for Cheon Il Guk after substantiating the head wing culture in the family, tribe and people. Their nation surely not have established contemporary-style political parties. Political parties were not part of the United States’ founding vision. They emerged only in the 1800 election.

Parties tend to emphasize differences, not similarities, and become rivals, even enemies. In addition, it takes a great deal of effort and expense to establish and maintain a political party. Currently in only two nations, Nepal and the Philippines, do we have our own political parties officially registered.

True Parents’ definition of “political party” is an organization that educates for the sake of transforming the nation into one family under God. His purpose was entirely educational. Our proposed path begins there, with a God-centered, True Parents-centered, achievable standard that incentivizes relationship-building, offers immediate social benefit, and changes the “us-them” environment into a “win-win” environment. It is a platform on which all parties can stand. It transcends politics-as-usual.

“Lawmakers in every country can combine energies and creativity.“

On this path, the International Association of Parliamentarians for Peace (IAPP) has an exciting future in store. With the IAPP at the regional and national levels worldwide, lawmakers in every country can combine energies and creativity to have these two initiatives—abstinence first and fidelity forever—adopted by their respective governments. Doing so will engage lawmakers with religious leaders, educators and citizens in a natural process leading to global unity.

(This post was co-written by Robert Kittel and Tyler Hendricks. The photo is of gathering of 5,300 students who received Pure Love education and made the Pure Love Pledge in a soccer stadium in Buriram, Thailand this September. The provincial government, NGOs, religious organizations and professional sports clubs supported the program. The citation is from Pyeong Hwa Gyeong, pp. 266-7.)