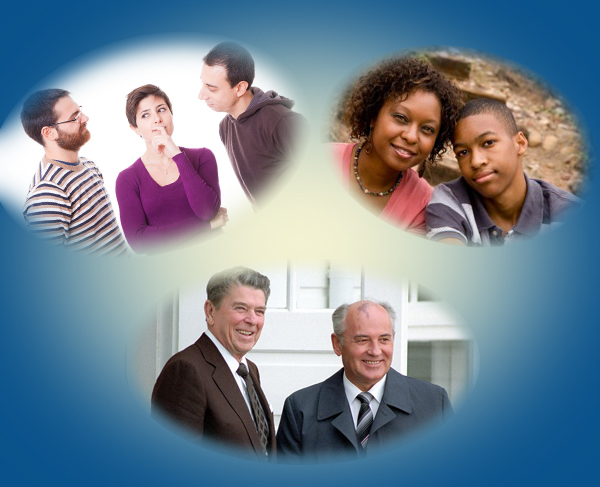 Adam and Eve, and their family, had three essential responsibilities. These three responsibilities define the ideal of creation, the providence for God to send the Lord and his Bride, and the path for each of us to receive them in the marriage Blessing.

First, Adam was to convey the commandment to Eve, and together they were to master the angel and receive God’s Holy Marriage Blessing.

Second, Adam and Eve were to nurture filial piety in their children centered on God.

“Three responsibilities define the ideal, the providence, and the path to the Blessing.“

Third, their children were to love each other, obey the commandment and receive God’s marriage Blessing.

The parents and children failed the three responsibilities. The angel conveyed the false word to Eve, and together they mastered Adam and separated marriage from God. Adam and Eve could not nurture filial piety in Cain and Abel. Cain killed Abel.

This pattern multiplied on eight stages—individual, family, clan, people, nation, world, cosmos and God. Yes, even God was exiled as a prisoner by our sin.

In front of God, Adam blamed God and Eve. Eve blamed the angel. Compared to Adam, Eve was closer in heart to God. She had desired to return to Him through Adam, but she did not blame Adam or God. So God put enmity between her and the angel, between her seed and the angel’s seed, and gave the messianic prophecy that her seed, the Messiah, would bruise the angel’s head.

To set the foundation to receive the Messiah and his Bride, we have to reverse the failure in the three responsibilities.

First, a woman has to reject a man in the angel’s position and unite with a man in Adam’s position. Second, a mother and son in Eve’s and Abel’s positions have to cooperate for God. Third, brothers—and sisters—in the positions of Cain and Abel, have to reverse positions, with the elder following the younger.

On this foundation, God will send the Lord and his Bride. And, just as did the creation, this re-creation will extend to eight stages.

A question arises. The births of the Lord and his Bride are parallel to the creation of Adam and Eve, male and female in God’s image. Adam and Eve were born without sin. The Gospel of Luke calls Adam “the Son of God.” Then why does the Bible call Jesus, and not Adam, God’s “only-begotten son”?

We’ll address that on Friday.