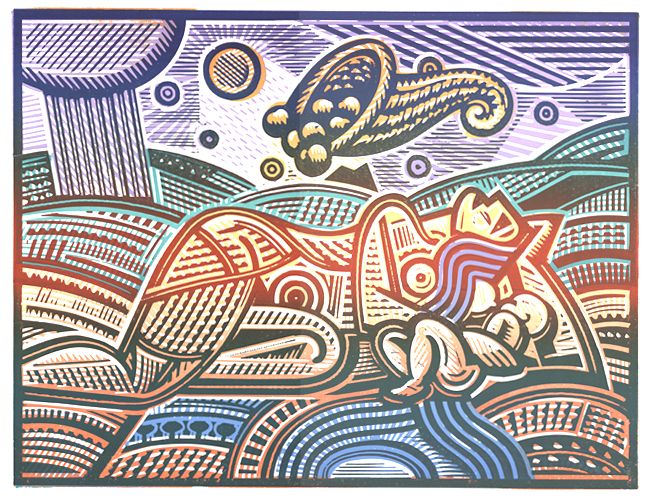 “Even in the Christian resurrection we remain like angels.“

As Jesus told us to eat his flesh and blood to find life, in the Holy Wine Ceremony the bride receives the life of the Lord. “Eve first fell spiritually, centering on Satan,” True Father told us. “She then united with Adam and committed the physical Fall. The Holy Wine Ceremony reverses that process by having Eve meet the completely restored Adam and become one with him conditionally… return to God and then restore a man in the flesh. This is what the marriage Blessing ceremony is about.”

The Bible refers to the Word and the Spirit as God’s seed. As Eve received Lucifer’s seed, the wife receives God’s seed to become a restored Eve. “Every woman who has not been blessed,” according to True Father, “come(s) to stand in the same position as Mother.”

The husband receives the seed—the Spirit—in his mother’s womb—the water. True Father said, “The rebirth ceremony is actually to be done in the womb.” As Nicodemus intuited Jesus was telling him, you are reborn in your mother’s womb. You arrive there through sexual intercourse.

The wife’s angel baby is transformed into a newborn Adam by a process parallel to the creation of the original Adam. In Genesis 1 the Spirit hovered over the waters and the waters became Mother Earth, the womb that gave birth to Adam. To create a new thing in the earth, Jeremiah said, “a woman shall compass a man.” To compass means to envelope, to surround and to know completely. In the first day of the Ceremony, the wife surrounds her husband from above as he puts his entire being into her womb through the act of love.

The wife at this moment is the seed bearer, the waters above. The waters below are the earth that receives the seed, the breath of life. Adam received Satan’s seed through Eve, his false mother. Through his wife’s love as his true mother, and his as her son, God’s seed subjugates Satan’s seed in the womb. Adam is born.