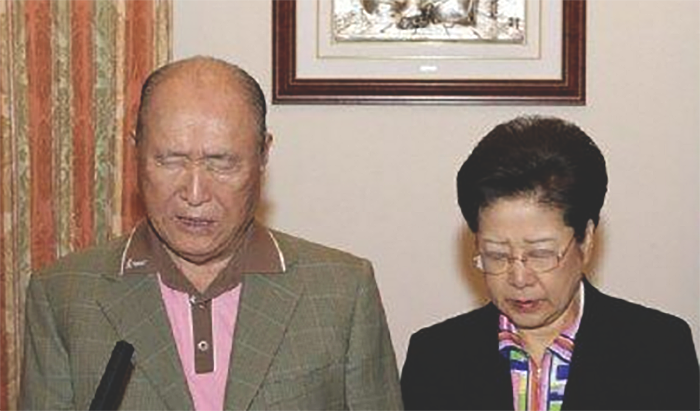 True Father never told us to do anything that he himself had not already done. To bring his mind to have dominion over his body, he said, “The first thing is to believe.”

“Many want to find God through their heart. True Father strongly counseled against it.“

It’s not that their hearts were bad. True Father said, “The heart of the original ancestors of humankind was not bad. They had no idea what they were doing at the time of the Fall. They fell without knowing. They didn’t know what would result. That’s why the number one way to become one with God is to believe.”

But Adam and Eve didn’t believe it. Eve denied Parents, followed her heart, and became Satan’s prey. Adam felt that the Commandment would kill him, that he would never fulfill God’s Will by abstinence. He felt he was being a man, that God would thank him later, and the world would thank him.

Rejecting their Parents, Adam and Eve accepted Satan. They lost everything. They had reasons, but were ignorant; heart, but were immature; belief, but in the wrong thing.

“They had reasons, but were ignorant; heart, but were immature; faith, but in the wrong thing.“

So the first step to mind-body unity is to believe, which means, put your Parents as the subject. It’s not because you understand it, not because your heart tells you to, not so you will live. Like Isaac, even if your father is raising the knife, you believe. You never know what your mother has in mind!

Adam and Eve had no idea what would come of abandoning their Parents. We should know better.