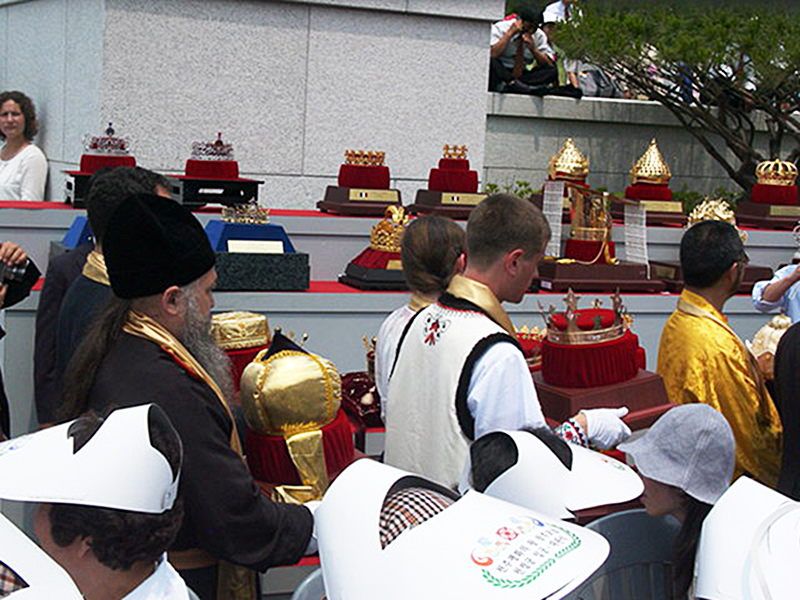 True Father’s address at God’s Enthronement was entitled “God Is Our King.” God’s vertical love appears horizontally in three kingships, of children, parents and grandparents. This is the model for the family and nation.

“A vertical act of God calls for horizontal unity in the nation.“

True Father said, “Once this perfect family is established, it multiplies and eventually forms a nation. Finally, it reaches to the cosmos and God.” This family multiplication is not just for True Parents: “This is the destiny of each and every individual life. Then as a perfected family [we] become united with the king and entire nation.”

Thus we honor the national king as we honor our family king. We honor them even in their decline. In his autobiography, True Father said “We must not treat old people disrespectfully, no matter how senile they may become.” Their end of life is a vertical act of God that calls for horizontal unity in the nation as in the family. “The official law of God,” True Father said in the Enthronement address, “is simple …the parent-child relationship, the conjugal relationship and the brother-sister relationship. This last one means brothers and sisters in the position of children to the parents; it refers to a relationship among children of the same parents.”