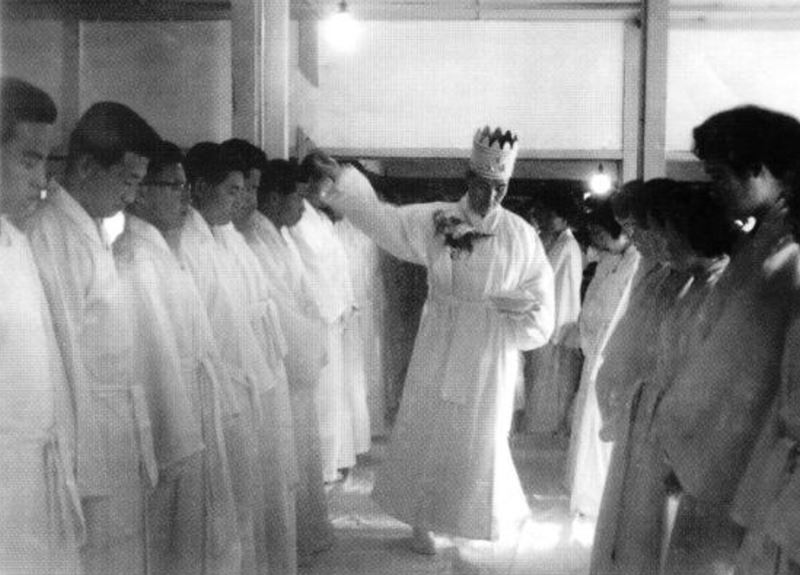 In the Garden of Eden, Adam and Eve were to have been high priests to each other. But before they received their ordination, they spilled the sacrament. They gave their sexual organs to Satan, the evil lord of selfishness. As a result, Rev. Moon said, “Every man thinks his sexual organ belongs to himself, and every woman thinks her sexual organ is her own. That is why the world is perishing.”

Lust moves those members without the will’s consent.

St. Augustine wrote that Satan asserts autocracy over the sexual organs: “these members themselves, being moved and restrained not at our will, but by a certain independent autocracy, so to speak, are called ‘shameful.’ …lust [moves] those members without the will’s consent.”

As a result, Augustine wrote, “Man has been given over to himself because he abandoned God, …disobeying God, he could not obey even himself.” St. Paul said the same: “the evil I do not want to do—this I keep on doing. …it is no longer I who do it, but it is sin living in me that does it.”

The removal of Satan’s claim involved women of valor who, at the cost of their lives, gave God complete ownership of the sexual organs. True Father discovered their victory, by which the only begotten Son of God is born free from sin. Through the Holy Marriage Blessing, God bestows this grace upon humankind, one couple at a time.

The offering of our body through the Blessing brings each of us into the position of God’s object partner, God’s dwelling place. We each establish God’s perfect ownership of our body, our sexual organs. God shares that ownership with my spouse, my children and my descendants forever. And who owns my children’s sexual organs until they are blessed? Representing God and their ancestors, my wife and I do.

Women of valor returned ownership of the sexual organs to God.

This makes them the organs that exist for others and in others forever. So True Father said, “I wish that you would appreciate the central value of the sexual organ. When it is absolute, unique, unchanging and eternal, you can use it as your foundation to know God.”

Note well: it is the most difficult offering to make. “Though I give my body to be burned, but have not love, it profits me nothing.”