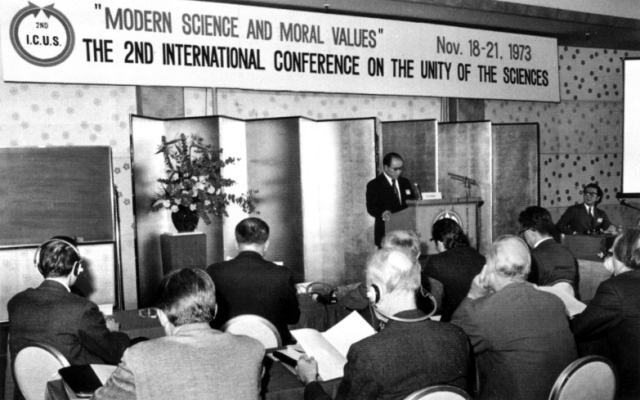 The culture of fallen parents leads to corrupt civilizations ruled by force and economies that abuse nature. Those who excel at exploiting others take the lead. As Augustine wrote, the state, in the fallen world, is simply a self-legitimated gang.

Marriage under God’s law, God’s love, this is our country.

The human race knows that its power of parenting is inadequate. Why do the affirmations that “the world is one family” proclaim “we are the children” and “all my brothers and sisters” and never include parents or married couples? Why does the word “adult” appear in “adultery,” “adulterated” and “adult” videos? What’s wrong with “adult”? What’s wrong is that the original sin corrupted adulthood, marriage and parenting. Humankind’s grasp of purity lies only in the memory of Adam and Eve’s childhood.

What the children of the Fall don’t realize is that, even under the fallen conditions, long-term marriage is the world’s most productive institution, and marital breakdown is the cause of social collapse. Even ignoring theology, science tells us that a culture of authentic parents will lead to a civilization ruled by virtuous authority.

In terms of public policy, then, it makes sense that society incentivize marriage success. Why doesn’t society do so? Compare it to the media bias for bad news: society mainly helps people with problems. We reason that society need not reward successful marriage, because nature blesses it automatically. But nature also punishes divorce automatically, and we don’t deny society the right to support the divorced. So why should we deny society the right to reward successful marriage?

Whatever society rewards will multiply. Principled social policies incentivize sexual abstinence before marriage and fidelity in marriage, and discourage sexual immorality and divorce. Over the decades, True Father taught absolute values to scientists, professors, media professionals, and leaders of government and religion. He called the universities, sciences, media, government and faith bodies to uplift and implement these values, which are exactly True Family Values. As True Father said:

“We have only one country, that is the heavenly country. That one country …is bound by the love of God, the love of marriage and connected into one. Marriage under God’s law, God’s love, this is our country. …This is nobody’s invention; the original human life was planned that way by God, marriage centering around God, forming the family and individual under God. …we are going to achieve unity, but through what? Marriage.”