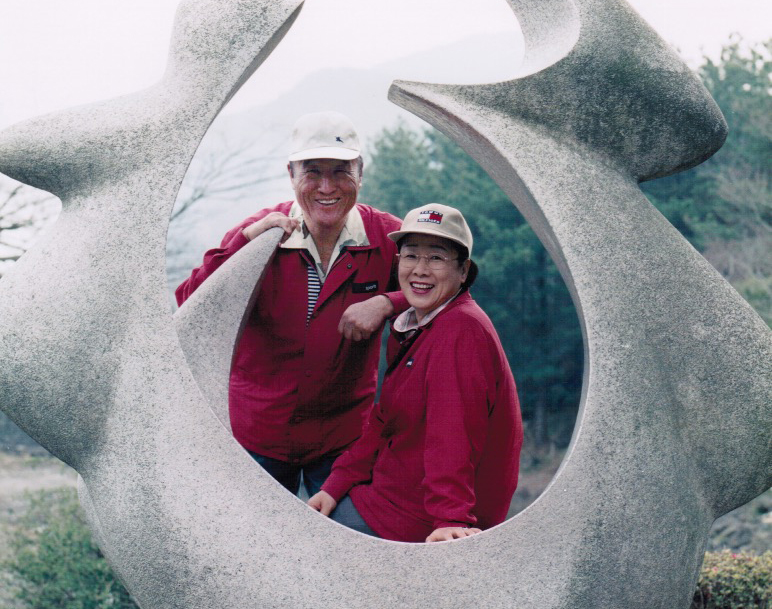 It has been said that “theology is biography.” Think about it: The Bible consists of biographies, from Adam and Eve through Israel’s families up to Jesus— parents and children, brothers and sisters, husbands and wives.

True Father shows that the true God is the God who works through people’s lives, in history.

True Father reveals the principles weaving these biographies together. He shows that the true God is the God who works through people’s lives, in history.

That’s why, in 1965, True Father said that the Divine Principle must be revised to include his biography.

And so, at Famicon, after True Mother said the Divine Principle will need many updates, she immediately spoke of her works in history: “I spoke to all of you that I would build and prepare a foundation that would enable all of humanity throughout the world to experience internally and externally the achievements of True Parents, agree with True Parents and understand easily their providence.”

This statement is historical and theological. It tells us that God has opened a new stage of history through a woman.

True Father prepared Americans for this as early as 1965: “The Holy Spirit who worked with Jesus was the element of the original Eve. In God there is the essence of male and the essence of female. These essences were given to Adam and Eve as representatives of the Word of God. When they moved away from God, these elements returned to God. …When Jesus came, the male element or essence was given to him as the male Word of God. But there was no woman on earth to whom the female element could be given.”

True Father prepared for the Bride’s advent, “coming down from God out of heaven.”

At that time, True Father did not yet have the foundation to install the Heaven-sent Bride on the global level. But with his words and deeds, he prepared for the Bride’s advent, “coming down from God out of heaven.” On True Father’s foundation of love and truth, history and theology, True Mother today reveals God’s only Daughter to the world.

(These elements or essences of God, he said, are “like wind or power.” We recall that Jesus appeared to True Father “like a gust of wind.” Citations: “The Master Speaks on Prayer and the Spirit World—MS-3,” p. 20; True Mother’s words at Famicon are found at https://familyfed.org/true-mothers-words-on-march-16-2018-at-ipec-las-vegas/; As a Peace-Loving Global Citizen, p. 50; “You Can Understand How Difficult True Parents’ Course Has Been,” July 16, 2012, at https://tparents.org/Moon-Talks/SunMyungMoon12/SunMyungMoon-120716.htm; Rev. 21:2.)