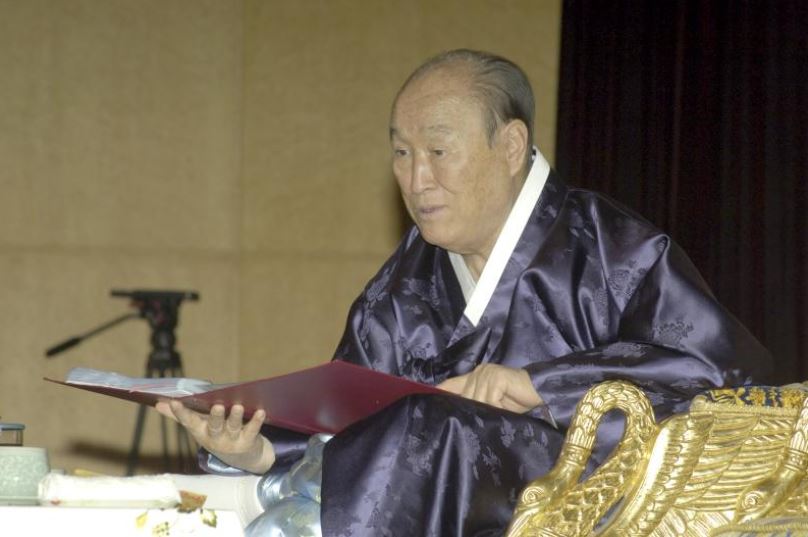 What is a peace zone?

A “zone” is simply a jurisdiction, an area in which specific authoritative rules govern human activity. A nation is a zone, but not only a nation. Today the world hosts thousands of zones. They are called SEZs, “special economic zones.” SEZs are areas within nations and also outside of nations—visionaries are building SEZs floating on the ocean.

Visionaries are building SEZs floating on the ocean.

The zone our True Parents called the United Nations to create is built not upon economics but upon the ideal of peace. To provide some historical context, let us consider an unusual zone set up centuries ago by the English crown.

It was called the Massachusetts Bay Company.

This zone had a revolutionary ideological foundation, based upon love. In his founding sermon, Governor John Winthrop stated, “There is no body but consists of parts, and that which knits these parts together gives the body its perfection, because it makes each part …mutually participate with each other.”

Life is disordered and “disproportionate” now, he said, but “when Christ comes and by his spirit and love knits all these parts to himself and each to other, [we will] become the most perfect …body in the world.”

To prepare for Christ’s coming, “we must be knit together in this work as one man, we must entertain each other in brotherly affection, we must be willing to abridge ourselves of our superfluities for the supply of others’ necessities, we must uphold a familiar commerce together in meekness, gentleness, patience and liberality, we must delight in each other, make others’ conditions our own, rejoice together, always having before our eyes our commission and community in the work.”

America has a great tradition. All you have to do is revive it.

In 1973, True Father called America back to this ideal, in which “God was dwelling everywhere. In the school, in the church, in the kitchen, in the street–in any assembly or market place. …everyday life was lived in the name of God. …America has a great tradition. All you have to do is revive it.”

Guided by God, Americans created thousands of special jurisdictions—towns that grew into cities and combined to create states and join the union. True Father challenged the UN to the same task.

(Citations: On special economic zones, see https://en.wikipedia.org/wiki/Special_economic_zone and Tom W. Bell, Your Next Government? From the Nation State to Stateless Nations; John Winthrop, “A Model of Christian Charity” https://sites.hks.harvard.edu/fs/phall/03. winthrop, Christian Cha.pdf (note that I have updated the old English expressions and spelling); Sun Myung Moon, “God’s Hope for America,” https://tparents.org/Moon-Talks/SunMyungMoon73/SunMyungMoon-731021c.pdf; on “floating nations,” see Joe Quirk, Seasteading: How Floating Nations Will Restore the Environment, Enrich the Poor, Cure the Sick, and Liberate Humanity from Politicians.)