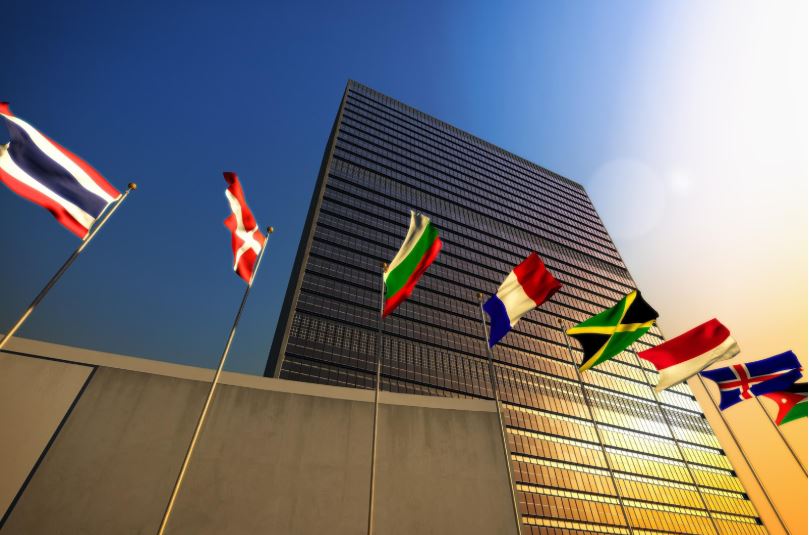 Rev. Moon called the UN to lead the world beyond conflict by creating peace zones. “These zones, under UN leadership, will give rise to ideal moral societies where nature and people live in harmony.” He was calling for a spiritual and cultural revolution based upon True Family Values and the Holy Marriage Blessing.

He was calling us to balance our global governance.

Rev. Moon was calling us to balance our global governance.

To balance north and south, east and west. At present, 89% of UN offices are in North America and Western Europe. The proliferation of peace zones will mix peoples of diverse cultures.

To balance the spiritual and secular. At present, UN policies are based solely on western, secular thinking, led by a five-nation Security Council. The Upper House of religious leaders from all nations will harmonize the human and divine.

To balance agendas and parties. “Organizations and ministries within a nation of the ideal world would harmonize through reciprocal give and receive action centered on a common purpose.” To choose their representatives, “Groups of neighbors who attend one God and Parent, and relate to each other as brothers and sisters, would field candidates. …Citizens would choose a representative through prayer and solemn deliberation.”

To balance economies. “World leaders of goodwill …will join me in willingly donating their land and money for use in creating UN-supervised peace zones.”

Unificationists from twenty years ago will remember the “Total Living Offering.” This is what that was about. True Father called his followers to “generate a special fund, called the Total Living Offering. …to facilitate the development of this international federation of the United Nations.” He declared,

If all religious people on earth become one in heart, they will actively participate.

“One person might find it difficult to give even seven dollars, whereas someone else might be able to give as much as seven million dollars. I believe that if all religious people on earth become one in heart, they will actively participate in this fundraising effort …to establish peace zones and to teach the ideals of peace and the methods to achieve it.

To balance gender: In his last public speech, True Father called the Women’s Federation to establish “a great organization under the name Abel Women’s UN.”

The Peace of Vienna series will conclude with a discussion of the Abel Women’s UN, its relationship with Peace Zones and the UN’s Upper House, and global gender balance.

(Citations: Pyeong Hwa Gyeong pp. 796, 1383-4, 1389; “Keynote Speech at the Inauguration of the Abel Women’s UN” https://tparents.org/Moon-Talks/SunMyungMoon12/SunMyungMoon-120716a.pdf; the UN presenting has 102 offices in North America and Western Europe and a total of 13 in the rest of the world: 3 in Latin America, including the Caribbean, 5 in Africa, 2 in the Middle East and 3 in Southeast Asia, according to https://en.wikipedia.org/wiki/List_of_United_Nations_organizations_by_location.)