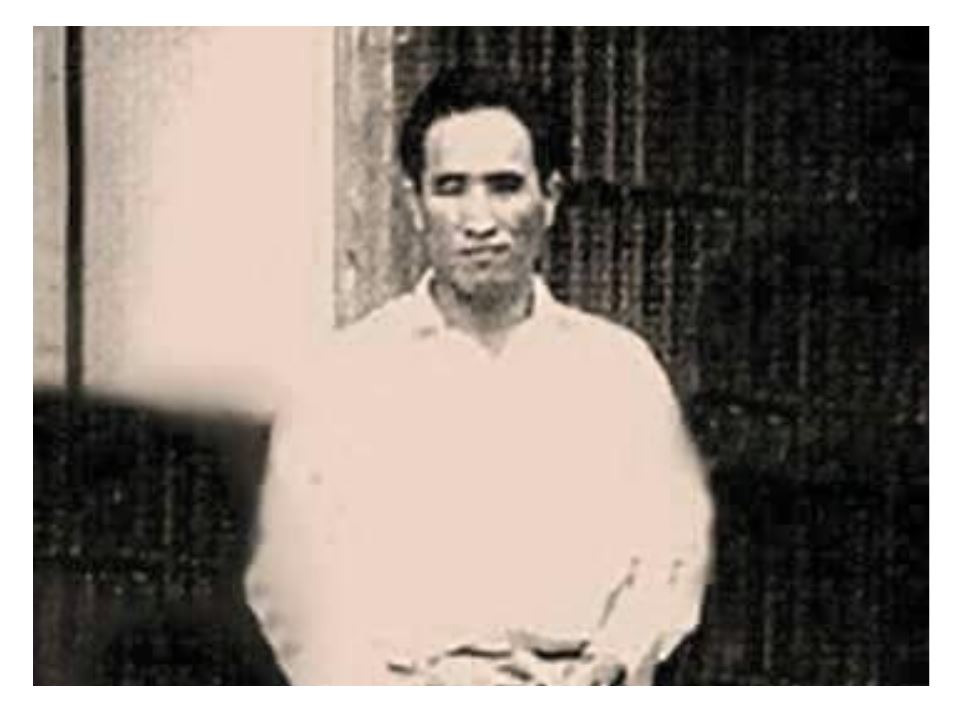 According to Exposition of Divine Principle, “Illicit sexual desire is constantly active in [all people’s] souls, sometimes without their conscious awareness. …no man is able to unearth this root of sin, buried deep in the recesses of time. Only Christ …can grasp it and uproot it.”

It sounds as if Christ has super-human powers, but he doesn’t.

It sounds as if Christ has super-human powers, but he doesn’t. As a human being, Sun Myung Moon had to establish his mind’s dominion over his body. Through prayer, scripture study and a course of blood, sweat and tears, he discovered that the root of sin is illicit sexual desire.

In 1945, Christians should have received the truth of the Fall, but they did not. Sun Myung Moon was rejected, persecuted, mocked. Surely he suffered inner tribulation, for it was he who, at age 15, wrote

Suffering and grieving tonight, my head in my hands.
Am I wrong?

His internal course climaxed in 1947:

“The spiritual tests I had to go through were beyond description. …In order to become the Lord at the Second Advent, I had to enter the spirit world and obtain God’s Seal.

No matter how God treated me, I held onto God.

“Even God …opposed me. …since Adam betrayed God, God also had to betray the perfected Adam. Only then could the sorrowful walls in God’s heart be torn down. …God could not express His love for me, but instead had to strike me.”

True Father fought as Jacob did: “No matter how God treated me, I held onto God. …during those 43 days I never yielded.”

“God had to declare the final verdict. He said that what I had said about restoring the heavenly blood lineage, the authority of possession, and the realm of the heavenly heart was all true.”

The primary course ended; the secondary course began: “I received God’s Seal as the victor and returned to the earth.”