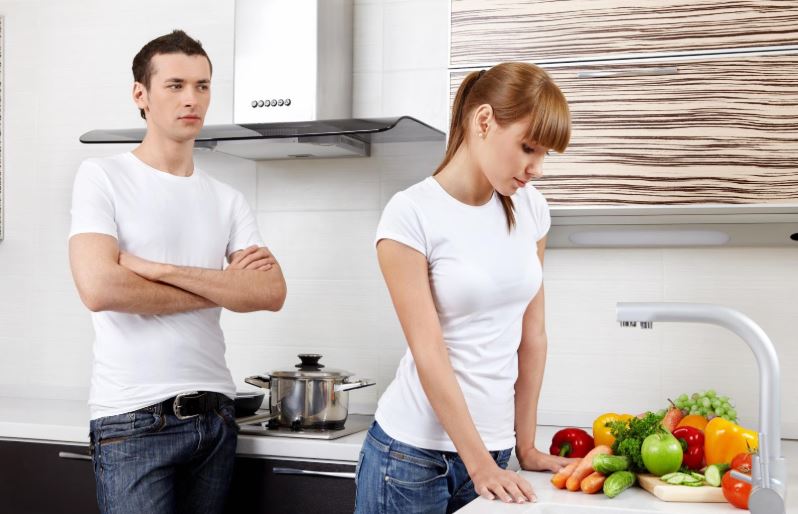 Today’s photograph makes one uncomfortable. Why?

God’s love was to substantialize on earth in Adam and Eve when they established the ability to live for the sake of others—absolute self-sacrifice centered on God’s higher purpose—which manifests as full and complete self-dominion, including that of mind over body.

The standard of the mind’s dominion over the body is not hot yoga.

Father explained, “If Adam and Eve and the archangel had forgotten themselves, …thinking only of God and their desire to place themselves in a God-centered love, then there could have been no fall.”

The standard of the mind’s dominion over the body is not hot yoga, a vegan diet, body surfing or even “giving all my goods to feed the poor and giving my body to be burned.” It’s not about religion, politics, health or wealth. What is it? It is principled ownership of the sexual organs.

“Love is not a concept,” True Father said, “It is a substantial reality. …Where can love actually settle? …the sexual organs.”

The consummation of love, therefore, is physical. In fact, love is the root power energizing the material world. God designed the physical senses to touch it and taste it. That power is meant to take root in the sexual organs.

Hence there was but one Commandment, one Word from God to His children: do not have sex until I bless you.

True Father made it plain: “So what kind of warning did God give Eve? He said, ‘Do not make love!’

What else can ‘man eating woman’ be referring to? It is a fearful organ.

“God gave the command, ‘Do not eat of the fruit of good and evil!’ Do you know what that fruit is? It is the female organ.”

And True Father also said this: “Adam and Eve were bitten by the snake. What else can ‘man eating woman’ be referring to? It is a fearful organ. That is the archangel—the male sexual organ that is like a serpent’s head.”

So the fruit is the female sex organ and the serpent is the male sex organ. Now we connect the dots between the Fall, same-sex attraction and pornography.

How Adam and Eve Grew Up with God

Adam grew in the womb of his Heavenly Mother, at play with animals and angels. Eve was playing as well, but Adam was active,...