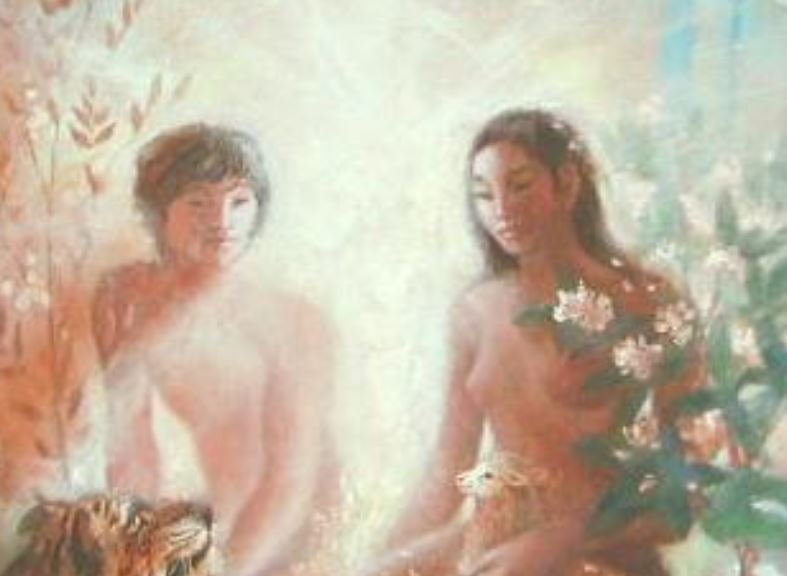 God wants to dwell with us in the physical world. Only here can God’s image multiply, God’s love substantialize, God’s joy return.

Thus, God made man and woman the microcosm of the physical and spiritual realms, the center of the cosmos. What Darwin looked at as a world of tooth-and-claw, True Father saw as a wonder-filled process by which the elements of creation enter the human body.

A wonder-filled process by which the elements of creation enter the human body.

Referring to “the diverse things in creation,” Exposition of Divine Principle states, “Their common purpose is realized when they are assimilated into the human body …and when they participate in the construction of a comfortable living environment for people.”

This is a spirit-imbued process, for “matter has within itself elements which resonate with emotion, intellect and will.”

As “these spiritual realities resonate through the body and manifest themselves as physiological phenomena,” they ultimately arrive at the center of creation. And that place would be the part that God most valued… “When God was creating human beings, into which part of the body did He invest the greatest creative effort? Was it the eyes, the nose, the heart, the brain?” No, he answered; it was the sexual organs.

That is “the place where Adam and Eve become perfectly one in heart and body as husband and wife is also the place where God …and human beings …become united. This is the center of goodness, where the purpose of creation is fulfilled.”

Of what part of Adam’s body was Lucifer envious in particular?

Now think of the angel, a spiritual being, envious and jealous of Adam. Why was he so? Because Adam had a physical body. And of what part of Adam’s body was Lucifer envious in particular? That part into which God invested the greatest creative effort. That focal point of love and center of goodness, where God was to dwell. Lucifer was envious of Adam’s sexual organ. To occupy God’s position, he had to possess those of God’s children.