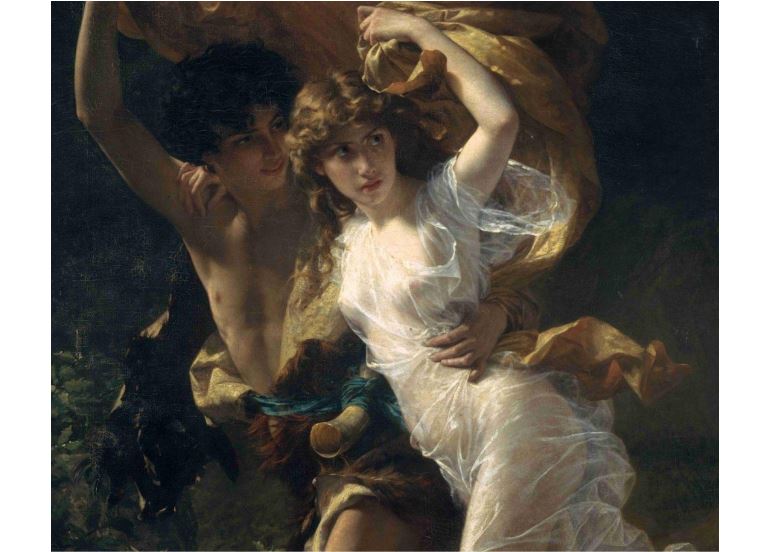 Spiritually-fallen Eve’s desire to return to God was the first religion, corrupted by the evil archangel and the angels who followed him, who “are also divine beings.”

Adam was becoming objective to the chief “divine being.” Lucifer was fascinated with Adam’s reproductive organ, and all he had to do was get Adam to resonate with that. Lucifer knew its godly purpose, but instead of repeating the commandment, he amplified Adam’s excitement over his body’s potential for pleasure and the possibility of its increase.

Lucifer influenced Adam to look at it as a source of self-gratification.

Slipping away from the Commandment, Adam began to look at Eve with archangelic eyes. Eve appropriated Adam’s attention as companionship and protection, and so displayed her body for Adam to see. Neither had interest in clothes. With this in mind, we can understand True Father’s naturalistic narrative of the Fall: When something startling happened, Eve would say, ‘Oh! I’m scared,’ and be embraced by Adam or hide behind him. When being embraced by Adam, Eve would be relieved, but at the same time, she would be receiving a strong masculine stimulation from Adam.

“What is this fruit? It refers to the female organ. Women are weak. When our first ancestors lived in the Garden of Eden, they were naked.”

“Eve was always saying, ‘Big brother, where are you? I’m lonely!’”

“While they were physically growing up, Adam and Eve spent much of their time together. When something startling happened, Eve would say, ‘Oh! I’m scared,’ and be embraced by Adam or hide behind him. When being embraced by Adam, Eve would be relieved, but at the same time, she would be receiving a strong masculine stimulation from Adam. Adam, who did not dislike Eve, would also have received sexual stimulation from Eve, a being different from himself. At the moment when a sexual emotion occurred between Adam and Eve, who sinned first? Eve, who was afraid and jumped to be embraced, was the one who sinned first. From that time on, they gradually fell in love.”

But this embrace was manipulated by the archangel.

“Adam and Eve did not understand that the males and females in the mineral, plant and animal worlds reserve their sexual organs for the sake of their partner in love. The Fall originates in their going against the iron rule: their sexual organs did not belong to themselves.”

The Fall of Adam and Eve originates in their going against the iron rule.

Unconsciously an archangel to him, even as she sought God, Eve triggered Adam’s selfish desire. Lucifer used even Eve’s religiosity to gain what he wanted—a claim over Adam’s reproductive organs.

That which was to perfect Adam enslaved him. Augustine spoke truly: “disobeying God, he could not obey even himself.” Adam was left with nothing but Eve’s religion.