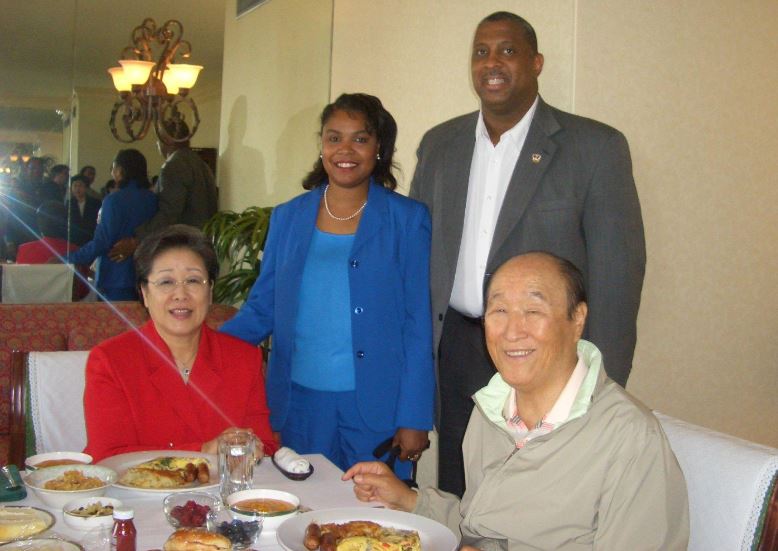 Due to the Fall, God cursed Adam to a life of meaningless toil because he listened to his wife. He cursed Eve to desire a husband who would rule over her without listening to her. As a result, “in biblical history women had no rights and the men assumed the major role in God’s dispensation.”

It was because there were no true men that Eve lost her rights.

True Father explained that Eve lost her rights because there were no true men, “In the sight of God, women have actually never met a true man, and for this reason were not able to assume their rights. Women have been mistreated and miserable throughout history… They have been exploited by evil individuals, evil families, societies, nations and by Satan himself.” In short, “they were cast out of their true position.”

Jesus came as a true man to honor women’s true position, but Satan worked through the chosen people to crucify him and, in the process, erase the existence of the second Eve. Satan claimed her so decisively that the world did not even know she existed. Christianity could not conceive that a husband and wife could share divine authority. Even today, do we really understand?

When the third Adam appeared, who would emerge to be his Bride and fulfill this dream? Would it be a woman of power, the Queen of England? Would she come from an eminent Korean Christian family? Perhaps a mature and well-known disciple?

The third Adam denied himself and handed over everything to God. “The True Parents’ wedding in 1960,” True Father said, “was not done on my own initiative.”

Even Mother never considered herself to be Mother.

He built a church movement through blood, sweat, tears and true love, and waited on God. Finally, “God gave me revelation after revelation, insisting, ‘The time has come My son. You shall prepare the altar to receive holy matrimony, and I shall bless you.’”

God prepared an Eve with the same qualifications. “Even Mother never considered herself to be Mother. She was just living as a member of the church when all of a sudden her name was called to be married.”

For everyone without exception, self-denial is the path to the Blessing. “Some members are thinking that they need the Blessing or that they deserve the Blessing, but that is closer to satanic thinking. All you have to do, actually, is to find your path in the Principle and just keep busy, running and running.”