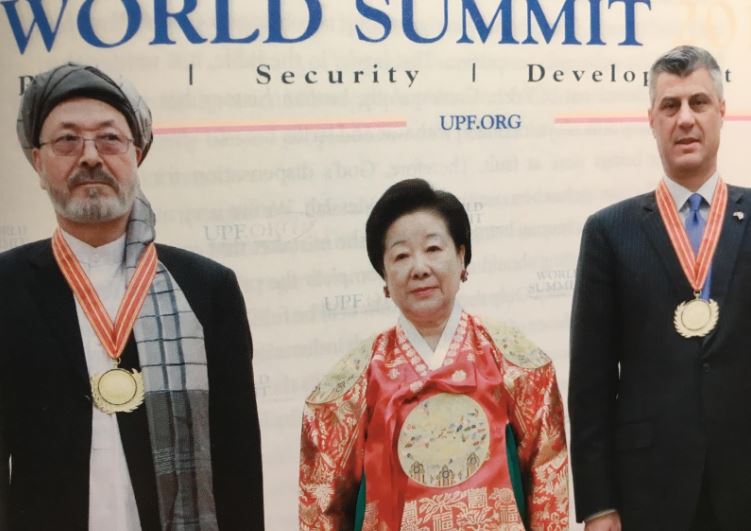 What we see in the Bible is not a picture of God’s ideal; it’s a history of restoration. In the Old and New Testaments, “Women had no rights and the men assumed the major role in God’s dispensation,” True Father said, and then he went on to say “but that was an extreme situation.”

Righteous men abound, but where do we find the model of female righteousness?

That “extreme situation” of men playing the major role and women having no rights was an outcome of the Fall. Eve’s sin was the most deeply embedded and her restoration the most complex. So righteous men abound, but where do we find the model of female righteousness?

Judah declared Tamar to be “more righteous than I,” but Tamar’s action is hardly a universal model. The book of Proverbs describes “the wife of noble character,” but only after warning, “Do not spend your strength on women, your vigor on those who ruin kings.” Jesus said virtually nothing about women per se, and rarely made a distinction between men and women. Paul told us that in Christ “there is neither male nor female.” The biblical dispensations blessed the realm of the child’s heart and sibling heart, but not the heart of husband and wife.

Hence Paul counseled celibacy: “I wish that all of you were as I am”—namely, single and celibate. For married persons, he approved of sexual relations only “so that Satan will not tempt you because of your lack of self-control.”

Paul rightly said that this rule would hold until the Lord returned.

Ex nihilo—out of nothing, True Mother began her course.

Jesus did return as prophesied, through a man with a new name, Sun Myung Moon. He declared the coming of “the age of the wife.” He established the foundation for God’s marriage Blessing with a woman of righteousness, Hak Ja Han. Together they broke Paul’s curse over marriage: no one ever again must choose between devotion to a spouse and devotion to God. Human and divine devotions converged where God came down to the marriage bed to bless the original Palace, and from there rose up to liberate Eve’s sons and daughters. Through Hak Ja Han, the dispensation of female righteousness ensued.

But the prophecy for this event was vague: “the holy city, new Jerusalem, coming down from God out of heaven, prepared as a bride adorned for her husband.” Christians never conceived this would be a real wife, a messianic woman. Ex nihilo—out of nothing, True Mother began her course.