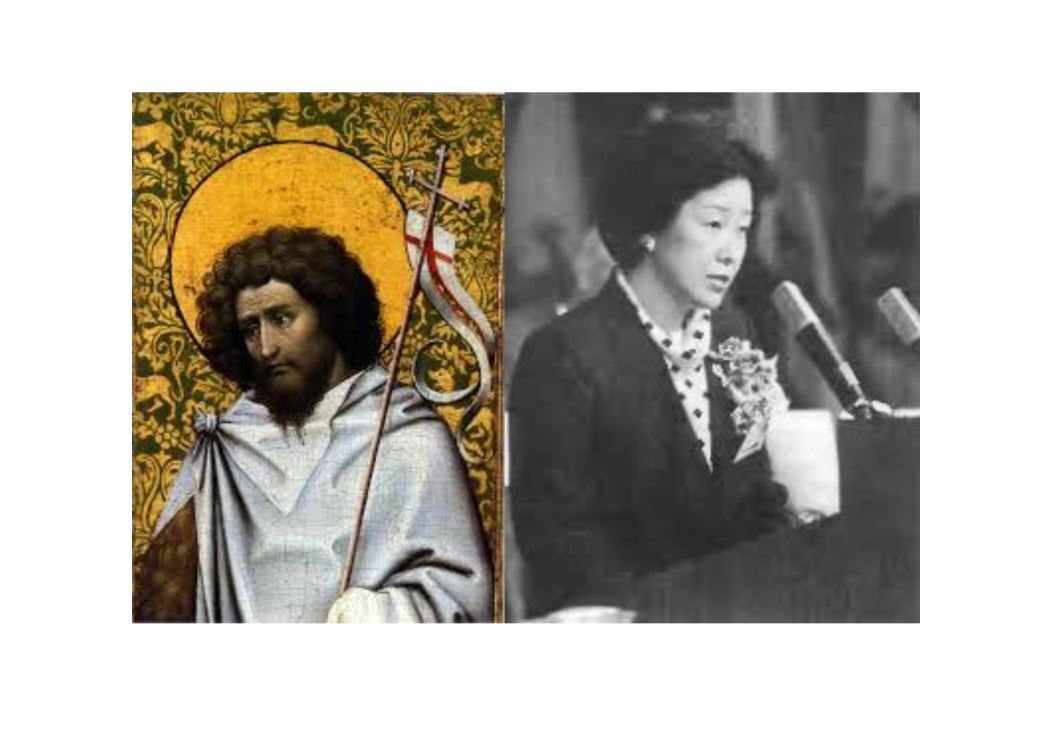 Eve must take the role of John the Baptist.

Knowing this, throughout the 1990s True Mother proclaimed True Father and his Word to the nations. From September of 1991 to the end of 1993, True Mother spoke in 224 venues, including the United Nations, the Dirksen Senate Office Building, China’s Great Hall of the People, and Korean National Assembly.

“The teaching of my husband, Rev. Sun Myung Moon, to ‘live for the sake of others’ is the basic guiding principle in the construction of a peaceful world,” she told her audiences. “Rev. Sun Myung Moon has already prepared, in the environment of the real world, all the important preconditions for world peace.”

True Mother made straight the way of the Lord at the United Nations, where she said, “God has asked my husband, Rev. Sun Myung Moon, to bring a new revelation to the people of the world. …[Now I] convey this important message to you, assembled delegates of the United Nations and other distinguished guests.

“Ladies and gentlemen, it is my great privilege to announce to you the establishment of the first perfected True Family. My husband and I, together with our thirteen children and twenty grandchildren, are absolutely dedicated to serving God and humanity. …we have achieved on the family level the central root of grandparents, the central trunk of parents and the central bud, children of the biblical tree of life.”

John the Baptist was not just to proclaim Jesus, but to attend Jesus.

John the Baptist was not just to proclaim Jesus, but to attend Jesus. John did proclaim, but he did not attend. True Mother was different. She proclaimed and attended True Father. Hers was fourteen children, grueling speaking tours, heart in heart, hand in hand attendance—one heart, one body, one mind, one harmony.

Consider what this means. Every other John the Baptist failed. Only True Mother fulfilled the mission. She restored the failures of the original John the Baptist and of all those who were given that mission at the Second Advent, from Baek Moon Kim to Jerry Falwell to Ahmed Kuftaro—to many more, and to each of us.

True Father glorified our True Mother. So should we.