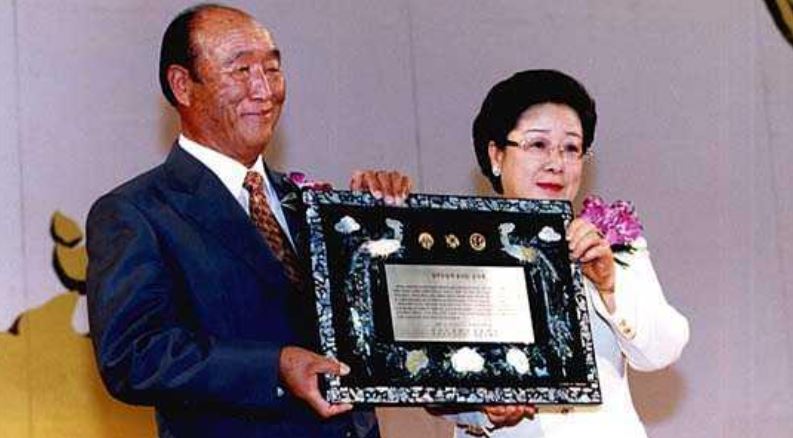 On June 12, 1999, True Father proclaimed that True Mother had fulfilled the John the Baptist mission. To do so required that she defeat Satan.

“Because it was a crucial time for Mother to fulfill her responsibility,” True Father said, “Mother went around the world holding the ‘Rally for the Advancement of the Globalization of the True Family.’”

Satan could not invade True Mother.

Satan invaded every other John the Baptist called to attend True Father, but he could not invade True Mother. The paradigmatic moment on the world level came in Beijing, May 29, 1999.

Father said, “In China it seemed it would be impossible to hold the rally, but Heaven worked to make it happen.” Government policy forbade the public mention of God, and we were forewarned. Through personal diplomacy, True Mother won officials’ support, and they waived the regulation for True Mother’s speech—at the Great Hall of the People.

True Father said, “Mother established the condition through the 80-city speaking tour to make even Satan surrender to God, True Parents and humankind.’”

Satan invaded John the Baptist through humanistic thinking. Looked at through human eyes, Jesus was “an uneducated young man who grew up in the poor and lowly home of a carpenter …He suddenly appeared and called himself the ‘Lord of the Sabbath’ while apparently defiling the Sabbath. …the Jewish leadership rebuked and mocked him …Jesus was far from credible.”

I will proclaim this to heaven and earth.

The next day, he proclaimed that “Mother gained recognition by God, Satan and all people that she had fulfilled her responsibility as the True Mother. …Therefore, she can occupy and act from the precious position of Eve whose mistake in front of Adam has been restored. I will proclaim this to heaven and earth.”

True Mother’s victory liberates all women through faith in her. We have to teach men about this.

(Citations: God’s Will and the World, p. 392; 1999.06.12, Chambumo Gyeong 12-4-3 #9; 1999.6.13; 12-4-3 #8, 1999.06.14; Exposition of Divine Principle, pp. 124-5; cf. May You Blossom, My Beloved, pp. 214-2. As background, the Chambumo Gyeong chronology records the day of Lucifer’s surrender to True Parents as March 21, 1999. True Father said: “The time when God could command Satan to correct his wrongs and clean up the fallen lineage came when God gave him the ultimatum on March 21. Satan apologized to God and claimed he would support Him to create the ideal garden of love. He confessed all his sins before True Parents to be forgiven.” [“Let’s Attend the Owner of True Love,” June 13, 1999, East Garden]. On that day, True Mother’s speaking event on the “Worldwide Speaking Tour for the Global Expansion of True Families” was in New York City, so True Mother was with True Father at East Garden. True Mother’s speech in China took place May 29, 1999. At that point she had spoken throughout the world, publicly and to private gatherings of members and government leaders, for 72 consecutive days. True Mother is super-woman.)

How Hak Ja Han Was Born Without Sin

True Father knew that Hak Ja Han met five qualifications when he called her to be his wife. Our previous article was on the...