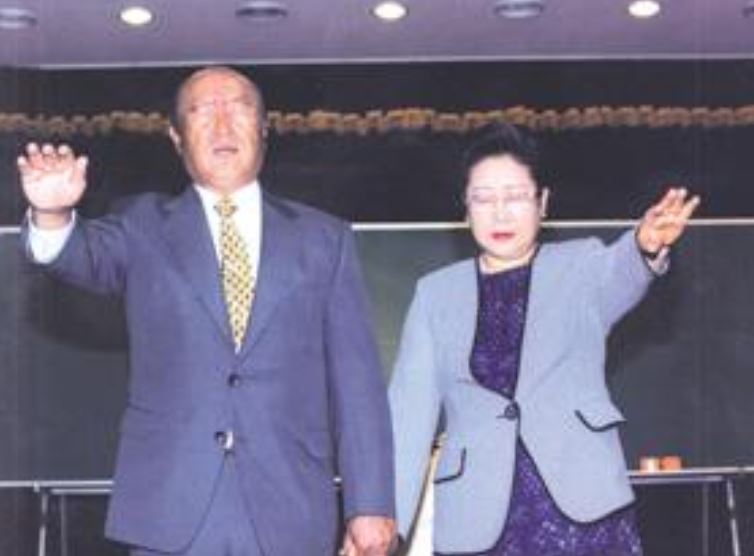 Divine Principle states that “When God chooses a person or a nation to accomplish His Will, He never predestines in absolute terms whether that person or nation will, in fact, accomplish the Will.” This is because “the fulfillment of God’s Will” is not up to God; it “absolutely requires that [the individual] complete his responsibility.”

True Father testified that True Mother completed her responsibility. A major step in True Mother’s providential path came in June of 1999, upon her completion of the Worldwide Speaking Tour for the Global Expansion of True Families.

True Father declared that Hak Ja Han “came with the mission of the True Mother of humankind, …fulfilled the mission of true child, true wife and True Parent …and, through her speaking tour, …bequeathed to all people the textbook of True Parents’ life course.”

True Father gave her a plaque declaring that she “fulfilled the mission as True Mother and for the first time stands in the position that God approved, Satan approved and humanity approved. …From now on, she will stand in an equal position.”

True Father identified True Mother’s “responsibility to carry on all the things of the fallen world and make them complete. …[to] bear everything of fallen women of the world and go beyond the men’s world and nations that Satan controls and come before the completed God’s original Adam.”

He then stated that she had fulfilled this: “I have approved, Adam approved so that Adam and Eve acknowledge what they have denied, and God can approve; therefore, the liberation of women can take place. …Mother restored the position of Eve who failed. I proclaimed this to Mrs. Han Hak Ja. Victory!”

And True Mother’s victory is the victory of all women. “Teach your daughters, mothers-in-law, everyone. Please be like Mother. Have beauty internally as well as externally. Proudly speak to people day and night. This is the age of the liberation of women!”

The liberation of women opens the gate of God’s kingdom.

The restoration of Eve’s position is the liberation of women, which opens the gate of God’s kingdom: “True Mother, as the perfected woman [who] stands in the blessed position apart from connection of crimes, has fulfilled the role of indemnity to open the gate for the earthly and heavenly kingdom.”

“If we had not liberated women,” True Father concludes, “we would not have been able to complete the liberated realm of Adam.”