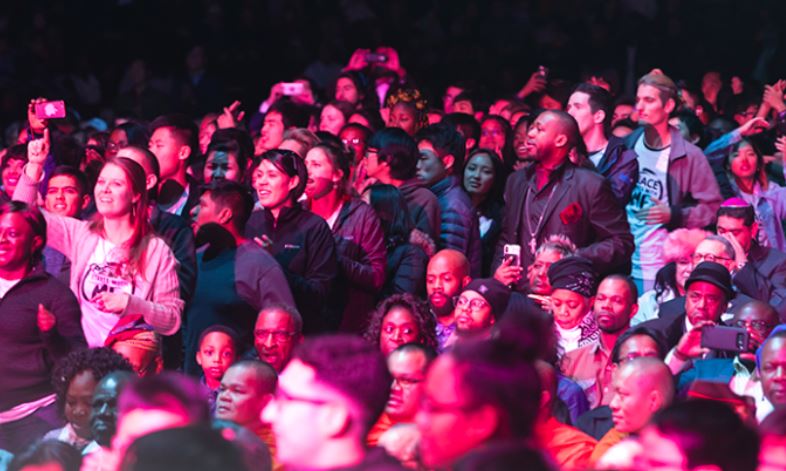 In her November 12-13 appearances in New York, Dr. Hak Ja Han Moon set forth a clear direction for the United States and Christianity.

She began by commenting on western Christian history. “The Atlantic Rim civilization,” she said, “lost its spirituality. They focused only on their physical needs and living comfortably during their earthly lives. Of course, with the Industrial Revolution, people could live much better than they had in the past. On the other hand, they lost the spirit with which Christianity began.”

As evidence, Dr. Moon cited the slave trade carried out by Christians, “religious wars among Christian nations, and indulgences.” She concluded, “Christianity failed to produce satisfactory spiritual institutions. Based on their intellectualization, they created systems and structures, [a] kind of repressive faith. …Even the Reformation was questionable,” Dr. Moon said, for it only “caused more confusion.”

This came about because Christianity “did not know God 100 percent [and] did not understand Jesus; …people failed to recognize Jesus’ essence, because they could not understand who God truly is.” Christianity lost  “The earnest heart of waiting for the Messiah, who had promised he would come again.”

Losing touch with their root, the churches decided the kingdom was not at hand and settled for religious institutions, even though “people were uncomfortable deep in their hearts.”

Christians evangelized the world in preparation for the return of a supernatural Jesus whom God will send on the clouds to take care off everything for us.

This wrong-headed spirituality, the precursor to materialism, arose because Christianity forgot Jesus’ essence. One, they forgot that Jesus was a natural man, not a supernatural visitation. Two, they forgot that God placed the outcome of Jesus’ life into the hands of those to whom he was sent.

Nonetheless, true Christians over the centuries desperately sought purity in preparation for the Second Coming. Their pilgrimage culminated in the creation of the United States.

True Mother saw that spirit in the Coliseum: “Today at the rally, as I saw our ministers continuing the spirit of this nation, the spirit of the Pilgrim Fathers that sought religious freedom, I felt hope. The reason Heaven blessed this nation was because it was a democratic nation that could lay the foundation for the returning Lord.”

How will this foundation be laid? True Mother proceeded to tell them.