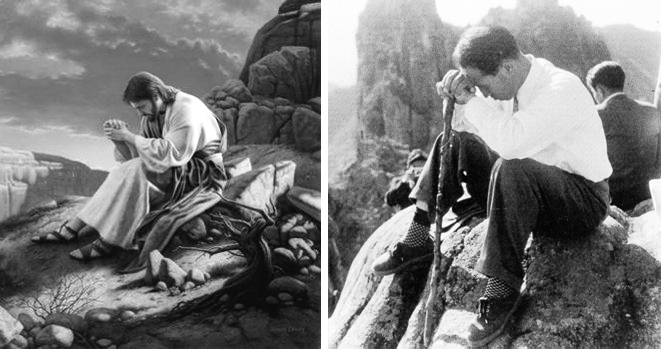 God’s blessing of Adam and Eve cast a powerful vision. Be fruitful—engrave the Word in your heart. Multiply—have the comfort of a loving spouse, the hope of loving children and grandchildren, filling the earth for generations into eternity. Govern the created order in a cosmic harmony.

But God planted this fantasy in our hearts and it can never be erased.

“True Mother proclaims Cheon Il Guk is alive with a filial heart for Heavenly Parent. Some call it a fantasy. “

Even Hugh Hefner, publisher of Playboy magazine, affirmed that true and loving marriage is the ideal. He justifies his life by saying that the ideal is not possible—it’s just a fantasy.

Abraham believed his descendants would be as numerous as the stars in the sky. Sarah laughed at his fantasy—until she bore Isaac.

Jesus proclaimed the Kingdom of Heaven is at hand. Judas called it a fantasy—until Jesus shed his blood on the cross.

In 1957, in Korea, my cousin-by-marriage accepted Father Moon’s teachings. They answered all his questions. But he did not follow, because Rev. Moon’s vision seemed to him unrealistic, unbelievable—a fantasy.

In 1981, I was getting a Ph.D. in religion. One rare Sunday morning I found myself listening to Father Moon at Belvedere. In the middle of his speech, I recall as clear as a bell saying to myself, “This man lives in a fantasy world.”

“I’ll take Father’s fantasy world over this world in a heartbeat.“

My cousin changed as he watched history unfold. He is now the proud grandfather of a three-generation blessed family.

Standing there at Belvedere, I decided, “I’ll take Father’s fantasy world over this world in a heartbeat.”

(References: “True Mother named the original Garden of Eden …Hyo Jeong [HJ] Cheon Won. Hyo Jeong means ‘a filial heart for Heavenly Parent,’ and Cheon Won means ‘Garden of Heaven.’ Hence, ‘HJ Cheon Won’ stands for the ‘Heavenly Garden alive with a filial heart for Heavenly Parent.’ True Mother is leading the multi-faceted providence to expand the firm establishment of Cheon Il Guk based on the HJ Cheon Won model.”—Statement by the Organizing Committee for the Commemoration of the Universal Seonghwa of Sun Myung Moon, the True Parents of Heaven, Earth and Humankind, August 19, 2016; Hebrews 11:1)