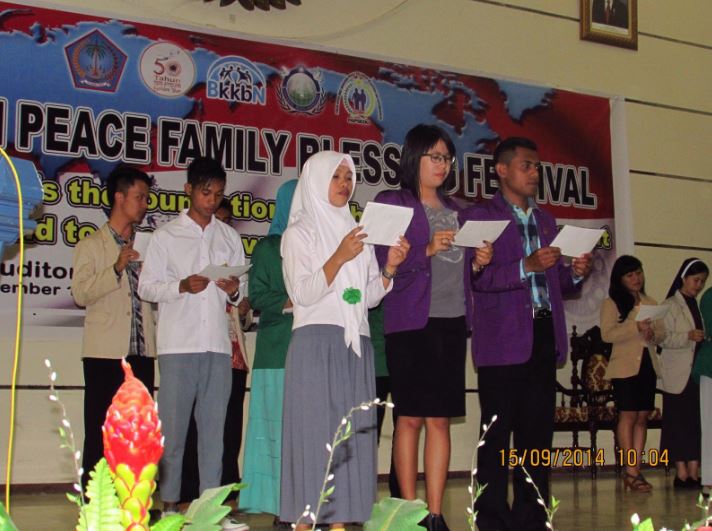 As the International Leadership Conference in Washington DC approaches, I want to reflect on a component of its program, the International Association of Parliamentarians for Peace (IAPP). I will draw largely upon a statement by Dr. Robert Kittel.

“The Blessing is not religious conversion.“

“On the foundation of pure love education and the true family movement worldwide, I inaugurated the Family Federation for World Peace and Unification …[and] officially announced the end of the Holy Spirit Association for the Unification of World Christianity.  Robert is Special Emissary for Education in Asia, where the IAPP was launched and has expanded most rapidly. Dr. Kittel’s statement begins with True Father’s words:

“…With the inauguration of the Family Federation, the providential age has begun in which families may receive salvation that transcends the boundaries of religion, nationality and race.

“Heaven does not come under the banner of a particular religion. God transcends religion. …People who receive the Blessing, create families of true love, and live in attendance to God can enter heaven along with their clans and nations.”

The Cheon Il Guk Constitution articulates this on the national level, for example, in the duty of citizens to uphold the pure lineage of heaven and create ideal families and tribes.

Dr. Kittel advocates that we consider any nation that adopts these standards to be a Cheon Il Guk nation. This would mean the government officially adopts and implements these two educational initiatives, namely, pure love education for adolescents and Blessing education for the adult married population. In essence, this would be True Parents’ concept of absolute sex officially adopted by a sovereign nation-state.

Dr. Kittel’s curriculum reaches the hearts of sincere government officials—governors, mayors and parliamentarians. They see how the Blessing is not religious conversion, but is the foundation for peace and prosperity through healthy families and communities inclusive of all religions and ethnicities.

What is Robert’s theological reasoning and political strategy? What does it mean for the IAPP? Stay tuned.

(This post was co-written by Robert Kittel and Tyler Hendricks. The photo is 20 youth leaders from different religions leading the Pure Love Pledge during the second Interfaith Peace Blessing and Pure Love Assembly at the governor’s office in Manado Province, Indonesia, on Sept 15, 2014. Citations: “Fifty Years on the Providential Path to the Realization of God’s Fatherland and the Peace Kingdom,” Sun Myung Moon, in Pyeong Hwa Gyeong pp. 262-271; Cheon Il Guk Constitution, Art. 21.)