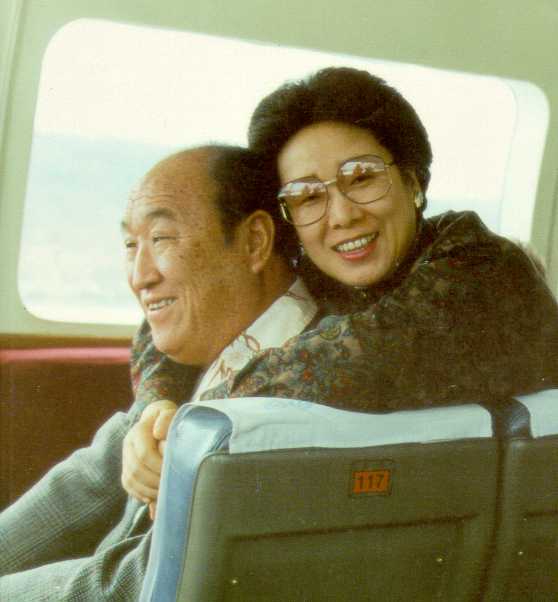 True Father explained the Bride’s responsibility: “When Jesus returns to the earth in the flesh, the woman whom he takes as the Bride must meet the qualification, as stipulated by the Principle, to be the Bride. This requires that she knows all aspects of the heavenly way. It requires that she looks forward to his coming and prepares to welcome him.”

“ I lived mostly in seclusion, as if I were buried inside my clothes.”

True Mother fulfilled the heavenly way, beginning by separating from Satan and returning to Adam.

“[My grandmother] raised me in purity, untainted by the world… [She] repeatedly told me ‘Your father is Heavenly Father.’ …Whenever I thought of God I always had a warm feeling.”

“When I was about four years old, I began to make conditions of devotion with [my mother], by offering bows at her side.”

“My mother moved us to Jeju Island in 1954 with the intention of raising me in a pure environment.”

“…I lived like a nun. My life was sheltered from the secular environment, like a flower blooming in a greenhouse.”

“Until 1960, I lived mostly in seclusion, as if I were buried inside my clothes. God led me to lead a simple life …as if He did not want me even to breathe the air of Satan’s world.”

True Mother returned to Adam in perfect obedience. True Father said that when Hak Ja Han was told that she was to marry him, “she responded by saying, ‘Is that so?’ She was like that. She did not oppose anything.”

” More than a marriage proposal, it was a decree from Heaven.“

True Mother compared herself to the boy Isaac who, called to be the sacrifice, “had already figured out his situation.”

“Over and over she heard from her mother than the Lord will come in the future, and that when she meets him, she must attend him this way and that. …her [mother’s] teaching infused into her bone marrow.”

“More than a marriage proposal, it was a decree from Heaven. When I received that decree, I went completely beyond myself. I had to empty myself. … I only wanted to follow God’s Will.”

“I am so overwhelmed by our Heavenly Father’s love, having sent me as His daughter to this place so that we can fulfill the Will.”