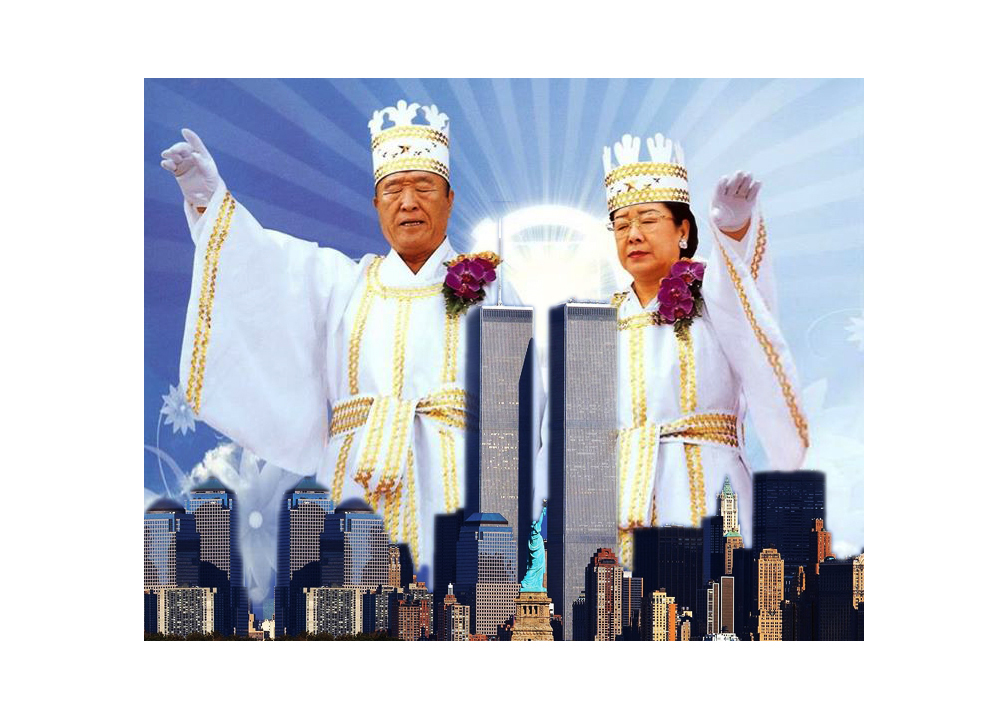 I consider the political Left and Right to represent feminine and masculine perspectives, and our age to be one in which both are restoring their proper positions. In the 1960s, the Left’s call for “peace and love” was good, but to that generation, “love” meant free sex and homosexuality. As a result, the “peace and love” that the Left generated was a Potemkin village, a mirage of government artifice masking social disintegration.

Feminine and masculine are restoring their proper positions.

In the final three pages of her speech, True Mother articulated God’s vision of masculine and feminine, the twin towers of true peace and love.

First, True Mother described the sacrificial love of the Unification Church, which “crossed over the hill of Calvary on the individual, family, national, world and cosmic levels [and gave] the United States a new sense of direction. It has given new hope to Christianity, as well as to the communist and Islamic worlds.”

She was referring to tens of thousands of post-Soviet youth studying Divine Principle. She was referring to hundreds of young Muslims sent by Grand Muftis to forty-day Divine Principle workshops. On the morning of this speech, 42 Muslim couples received the Holy Marriage Blessing in that stadium. They stood up for the Blessing that is not religious conversion and pioneered True Parents’ way for the Islamic world.

True Mother cast a vision for the US, China and Russia: “with the protection of God, these countries are developing an alliance among themselves centering on Korea.” Is this not now coming into reality?

True Mother cast a vision for the Asia Pacific cultural sphere: “the countries of Asia must now establish a united world centering on True Parents.” Is this not now coming into reality?

True Mother then linked peace to love by calling women “to take the lead in government, finance, culture and society” on behalf of the values that “unite left and right and overcome atheistic materialism.” Her words echo those of Moses to Israel: “Thou shalt not go aside …to the right hand, or to the left, to go after other gods to serve them.”

True love is women carrying God-centered values that bring unity into the public spheres of government, finance, culture and society. True Mother then explained how. Come back Friday.