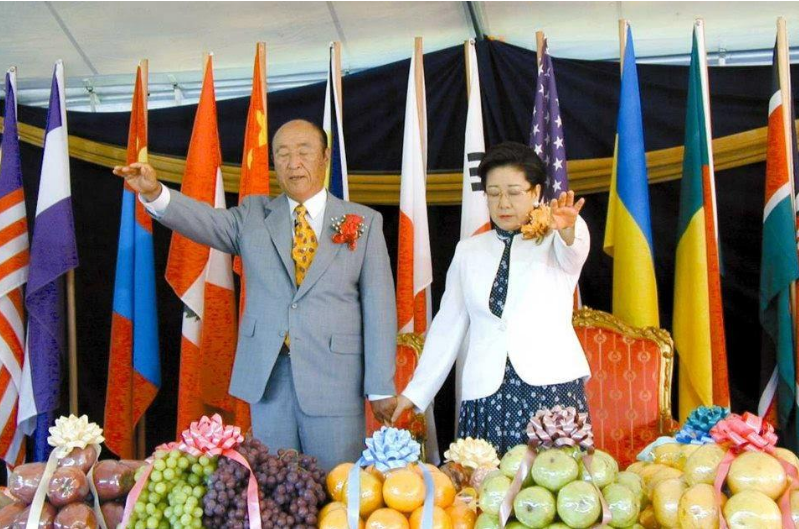 God will elevate one woman to be the physical Holy Spirit.

He referred to modern feminism, saying “This phenomenon of women being able to rise and entrench themselves in power [shows] that the time has come when God will elevate one woman to be the physical Holy Spirit. This is the time for the birth of the true Eve.”

Every woman is to be a true Eve, so “Every woman is a candidate for this position, which is why women in general have been given a chance to rise,” but all women will have one representative. “God is looking for one perfect woman to summon out of the satanic world, who has the potential to become the true wife and mother and queen, in order to establish her as the first God-centered wife, mother and queen.”

Eve must take the role of John the Baptist in bringing perfected Adam to the world.

Two thousand years ago, John the Baptist’s attitude was “he must increase and I must decrease.” True Mother’s attitude is, “True Parents increase together.”

On July 15, True Mother will take the next step. Blessed are those who take it with her.

(Citations: “The 23rd Anniversary of the Unification Church and the History of God’s Dispensation,” May 1, 1977, Belvedere http://tparents.org/Moon-Talks/SunMyungMoon77/770501.htm.)