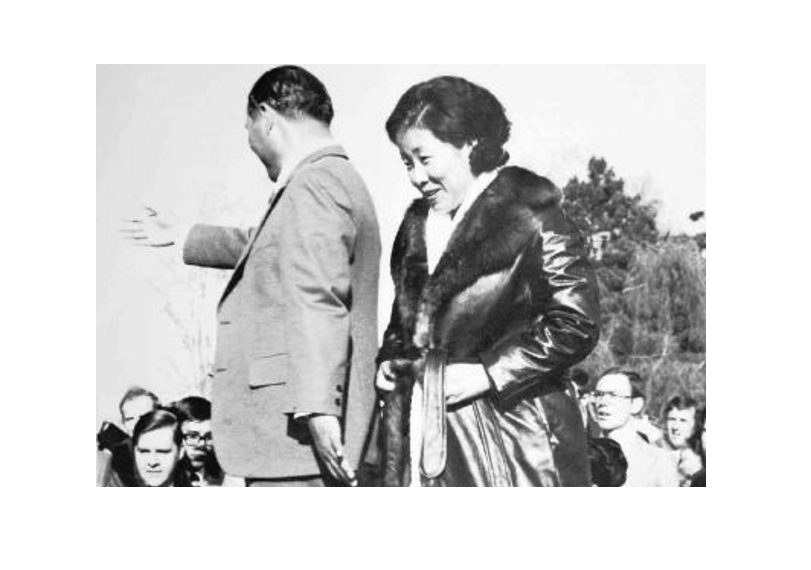 On Wednesday we discussed True Father’s statement that a representative woman, Eve, “must take the role of John the Baptist in bringing perfected Adam to the world.”

Jesus ascended to the position of the spiritual Messiah and sent the Holy Spirit.

What was the role of John the Baptist? He was to attend and proclaim Jesus. When John failed, Jesus had to take that position. Divine Principle teaches that “after Jesus gave up his body on the cross, he resumed John the Baptist’s mission spiritually.” Subsequently, after forty days with the disciples, “Jesus ascended …to the position of the spiritual Messiah and sent the Holy Spirit. Thereupon, Jesus and the Holy Spirit became the spiritual True Parents and began the work of giving rebirth.”

The call for Eve to take John the Baptist’s position came on May 1, 1977, seven months after Washington Monument. It was a direct call to True Mother. So why did True Father that “every woman is a candidate for this position”? It was because True Mother had not yet fulfilled the mission, that of “bringing perfected Adam to the world.”

Two days later, True Mother gave her testimony at Belvedere, her longest talk to that point. Over the next five years, she bore four children, endured the Danbury course, and attended True Father in the global expansion of the international, interreligious and interracial providence, the fall of the Berlin Wall, and the declaration of Heavenly Parentism.

Then, in 1991, True Mother initiated her public mission in John the Baptist’s position, to bring perfected Adam to the world. She declared Rev. Sun Myung Moon Lord of the Second Advent throughout Korea and took leadership of the WFWP. She took those steps boldly, and within a year True Father declared her the true Eve and told us what that means.

By Mother taking leadership like this, she substantially came to stand right beside me.

“By Mother taking leadership like this, she substantially came to stand right beside me. For me to go to the heavenly kingdom, both of us have to go together, and the children will have to follow after us.”

“She accomplished the position of having perfected herself on the world level, and therefore we could finally proclaim the liberation of women throughout the world.”