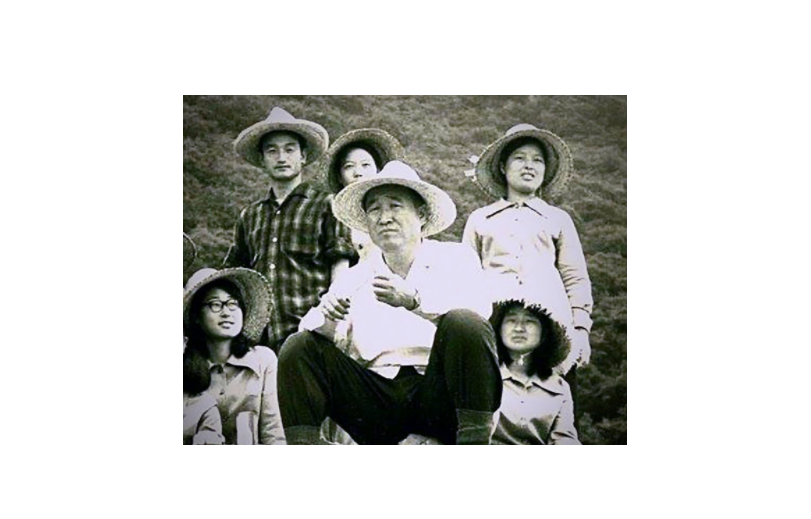 My first experience of True Father was in the spirit, months before I met the movement. One night, I awoke from sleep, face to face with a sleazy Asian business man with shiny black, greasy dirty hair. After I joined, I realized I had met True Father. But why the greasy dirty hair? A spiritualist close to him explained to me that it was my sin that Father was taking on himself. My sin → the Messiah assumes it.

It was my sin that Father was taking on himself.

As Paul wrote of Jesus, “God made him who had no sin to be sin for us.” Welcome to the paradox.

Christ, in the position of only begotten Son and only begotten Daughter, assumes our sinful position and takes Satan’s hit on our behalf. Although born without sin, he or she stands as one of us, born with sin. The fallen world shouts, “cultist, heretic, blasphemer, criminal, drunkard” and even worse.

True Father took on sin to free us from it, to show us the path from original sin to true life, love and lineage. In 1971, he said, “the most important thing is how to reach the position of only begotten Son and only begotten Daughter.”

Yes, birth status is one factor: “Jesus said, ‘God is my Father. …There could be no other Son than himself.’ No one else spoke in this way. …Others didn’t have such a feeling, such sense.”

But more important is one’s faith and love: “It is decided by the concentration of love, the degree of love—that determines it. If he loved God three times as much as other men, then God’s love would come on this man. So during daily life, if this man thought of God three or four times, and the other one thought of God just one time, …then God’s love would come on this man. …Jesus wanted to see God [while] weeping, crying. …the other man slept as he wanted, ate as he wanted, and lived a regular life. [Jesus] sacrificed all his eating and sleeping and working. So that makes the difference.”

Jesus sacrificed all his eating and sleeping and working. That makes the difference.

Between a person’s birth status and his or her effort, which deserves greater praise?

In the same speech, True Father said we all are predestined to be only begotten sons and daughters. We’ll talk about this on Friday.