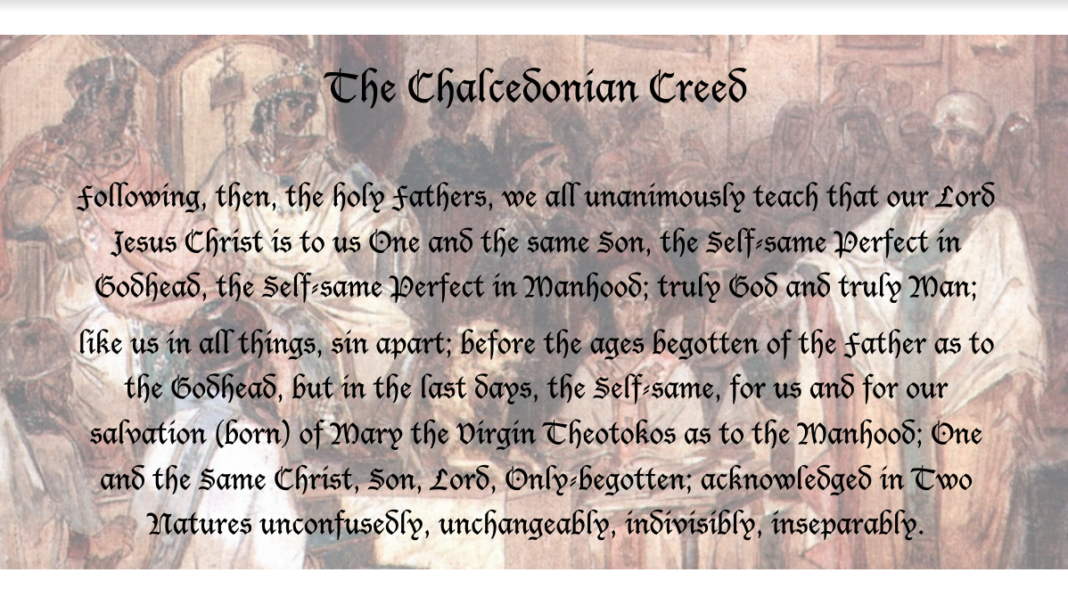 From the perspective of the fallen world, Jesus Christ is a paradox: truly God and truly human. Many early Christian churches emphasized one over the other. Rome accepted the paradox and balanced the divine and human in Jesus, and that is where God’s providence advanced. For Unificationists, “truly God and truly human” applies to a woman as well.

For Unificationists, “truly God and truly human” applies to a woman as well.

True Mother’s current teachings on herself and True Father are correcting the historical tendency to divinize someone after their death, to create a mythology, while down-grading someone with us on earth—especially if that someone is a woman.

The imaginary Christ without humanity becomes an idol. In True Father’s words, “Moses went to the mountain to fast and pray for 40 days and nights…, but when he came back down his own people had created a golden calf and were worshipping their idol. Moses was overcome with wrath.”

In my view, True Father was born a perfect Adam but assumed the position of restored Adam. Until age 30, he said, “I put myself in a sinner’s position; I never had the courage to lift my face up but was always looking down.”

He did not know God’s Will automatically. He discovered it and it transformed him. “When I discovered the entire meaning and secret of the dispensational history, I felt the teachings of Jesus all the way to my bone.”

Forsaken of God, enduring temptations, walking the paths of Jacob, Moses, John the Baptist and Jesus, he bore the sins of the world. “I am like a rock and no one can entice me away from God’s will,” he said. “There were many women who actually wrote love letters to me with their own blood, showing their genuine devotion to me.”

I want to conquer the weaknesses of my own temperament.

True Father said that a woman will follow this path of divine-human paradox: “God will elevate one woman to completely embody the Holy Spirit on earth.”

He did not hand this position on a silver platter to True Mother. But he did prophesy exactly when his successor would appear, and his prophecy fits exactly with True Mother’s course. More on Monday.

(Citations: “God’s Preparation for Our Church, and Its Early Days,” in God’s Will and the World, pp. 395, 414-417. This is the May 1, 1977 speech I have been citing from tparents.org, where it appears as “The 23rd Anniversary of the Unification Church and the History of God’s Dispensation,” http://tparents.org/Moon-Talks/SunMyungMoon77/770501.htm. The phrase, “truly God and truly man,” comes from the Chalcedonian Creed, circa 451 AD. On the thrones in the painting would be the Emperor Marcian, an orthodox Christian, and his second wife, Pulcheria, who had taken a vow of chastity. Although the Pope, Leo I, was not present, his “Tome” formed the core of the Chalcedonian formula. The illustration is taken from Tomorrow’s World, a Catholic publication found at https://www.tomorrowsworld.org/news-and-prophecy/catholic-church-reunion.)