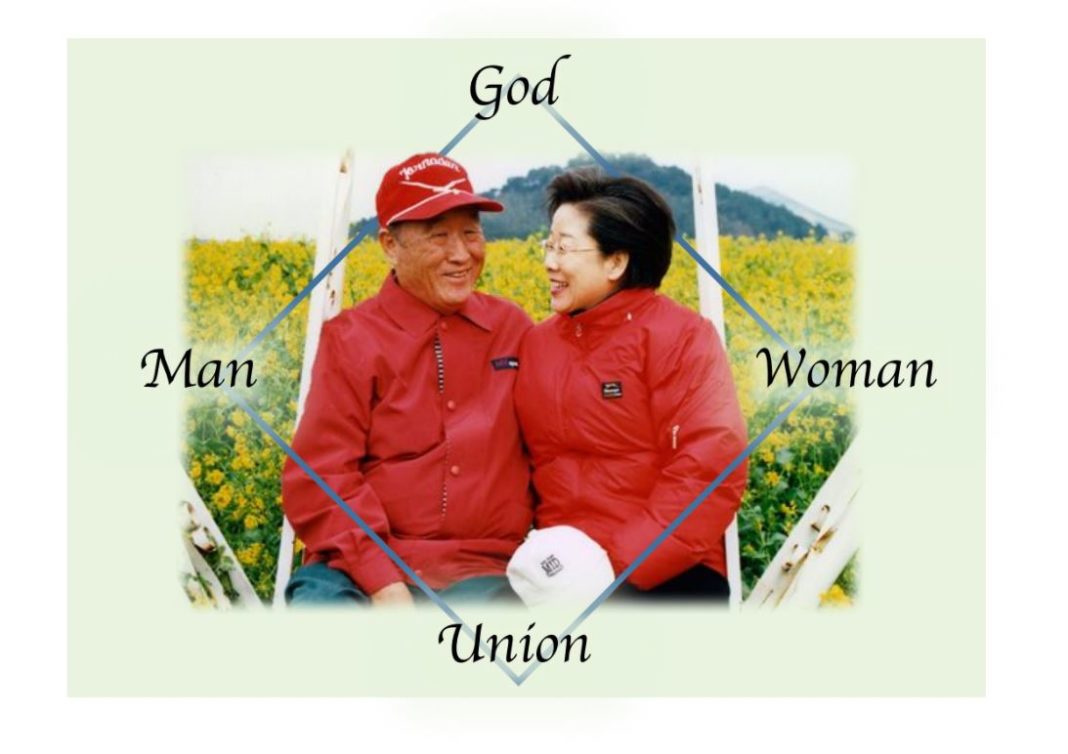 The Divine Principle gives men women equal value and equal subjectivity in creation and in restoration. Man and woman each appear sometimes as subject partner, sometimes as object partner. For example, in restoration, it is true that the wife goes through her husband. True Father said, “It took God 6,000 years to restore one Adam …Is 10 years very long for me to recreate a perfect Eve?”

But he also said that a husband achieves perfection through his wife. “Eve must take the role of John the Baptist in bringing perfect Adam to the world. …The Lord who is coming for that mission must ultimately serve Eve.”

True Father said that Hak Ja Han did not know she would be the True Mother: “Even Mother never considered herself to be Mother. She was just living as a member of the Church when all of a sudden her name was called to be married.” But God had to tell him as well that he was to be the True Father: “The True Parents’ wedding in 1960 was not done on my own initiative. God gave me revelation after revelation.” The point being that the man and woman were equally objective to God.

True Father resisted the world’s inclination to emphasize the man’s role. For example, consider this exchange:

True Father: “Who was supposed to have been the first one to be able to really enjoy God’s love? Who must that have been? Adam, Eve, God, who?”

True Father: “What about God? Who created man?”

True Father: “Then God must be the first one to enjoy the love, because He was the very origin of love. …God’s love will come down as both of them come closer to each other, and when they meet at one point, God’s love will abide in them.”

Between the two powers of two beings, the central point is the very place where they meet.

True Father was clear that Adam alone does not establish that one point:

“We have two hands and there are several ways to make them into one. Suppose one hand will keep its position, calling the other hand to come over to its position. …[That is not] the proper way to join the two together. Now, if those two hands join in the center, that is the proper and natural way. Between Adam and Eve, between the two powers of two beings, the central point is the very place where they meet.”