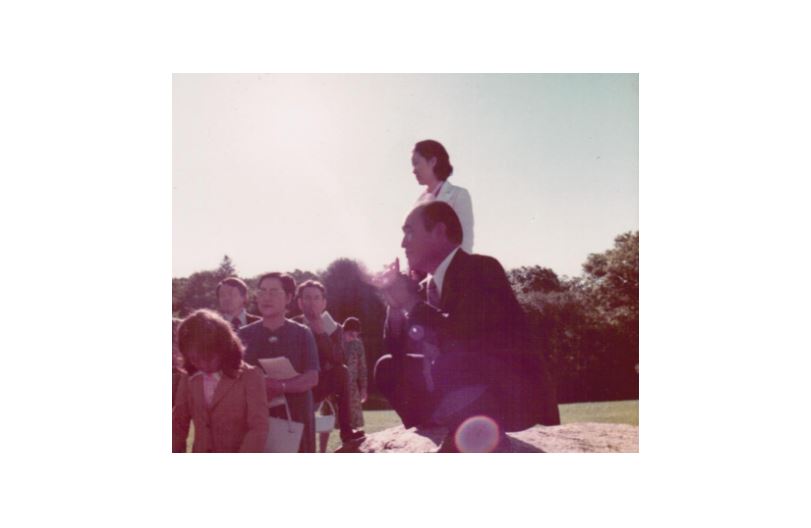 True Mother tells us that she went her course alone. Wait a minute. She had True Father, a huge family, countless members around her. How could she say she was alone?

She said it the same way True Father did: “No one understands me. My parents never understood, even my wife and children can never really understand. My understanding of God is a lonely understanding. …One lonely man found the secret and lived through everything to bring the movement this far.”

True Mother stayed. Lonely, weak, vulnerable… telling us she was alone, being mocked for saying it, and bowing her head. She practiced True Father’s words: “You also can be a companion to that lonely God.”

True Parents’ eldest daughter, Ye Jin Moon, reflects on her mother’s loneliness: “Mother’s childhood was a lonely one. …Although Mother had Halmoni’s spiritual support at her side, the love and support in the physical sense was not abundant. Halmoni’s totally devoted religious life in early years, consisting of prayer vigils and rigorous church work, left Mother alone most of the time, and when Mother was in secondary school, she even had to stay with her uncle and aunt who did not necessarily appreciate her presence at their house.

A solitary life in the middle of the bustling and crowded Chung-pa-dong world.

“After the Holy Matrimony, Mother’s first seven-year course began. During her course, she was discouraged from seeing her own mother and led a solitary life in the middle of the bustling and crowded Chung-pa-dong world. With tears and prayers, she had to endure repressive loneliness behind closed doors. At the same time, however, she was expected to become an exemplary member and prove herself worthy of True Motherhood in front of many members who still viewed her with critical eyes. It was to take many more years for Mother to gain respect and love from those around her.”

(“Halmoni” means “grandmother” in Korean; the reference is to Mrs. Soon Ae Hong, who we know as Daemonim. “Chung-pa-dong” refers to a house that served for many years as the headquarters of the Unification Church in Korea. Citations are from God’s Will and the World p. 416, and a text that may be entitled The Heart of a True Mother, which can be found here: https://www.amazon.com/Heart-True-Mother-Hak-Moon/dp/B0006OVYQY. I should note that this is not the printed version that I remember. What I remember was a large coffee-table style book. The title also might be: Hak Ja Han Moon: Woman of True Love. The cover was a photo of True Mother’s face looking downward. Dr. Andrew Wilson and I edited that volume, which HSA published in 1991. Contents were credited to Ye Jin Moon, Hyo Jin Moon, Mrs. Soon Ae Hong, Rev. Won Pil Kim, Mrs. Mee Shik Choi, Mrs. Won Pok Choi, Dr. Bo Hi Pak, Mrs. Woo Ok Lim, Mrs. Nora Spurgin, Mrs. Mary Marshall, Mr. Robert Selle, Mr. Ian Haycroft, Yeou Won Magazine, Za Rubezhom Magazine, Michael Inglis and Jonathan Gullery. I am citing the digital file that I have retained in my hard drive. As far as I can ascertain, neither UTS nor the Family Federation has a copy of the original publication. If any readers do, please e-mail me at thendricks@unification.org.)