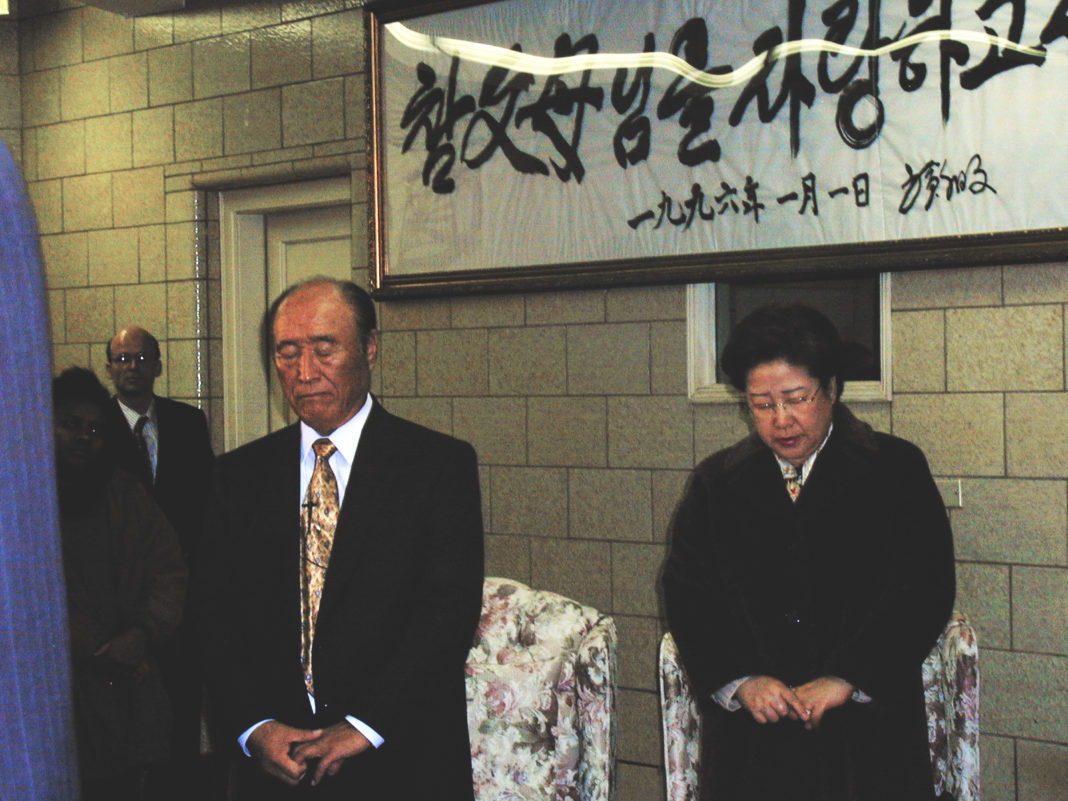 True Father tells us, “Mother is probably the loneliest person under the sun. Her history has been an incredibly lonely path, but that was her destiny. She had to be like that. Now she has become a mother and has a respected position, and she looks like a tremendously fortunate person, but until she reached that point, she was a most miserable, lonely woman.”

Did True Mother’s lonely course evaporate after she became a mother and had a respected position? She says it didn’t.

She was a most miserable, lonely woman.

An early disciple, Rev. Won Pil Kim, gives us a glimpse of True Mother’s experience: “Sometimes the church building was too small for Father’s activities, causing many inconveniences, but Father would not build a new one. Furthermore, Father’s room had poor ventilation, and in the summer it became quite hot. After about three years, Mother moved to the church building to live with Father. But as they had more children, for Mother to find even a corner in which she could give birth to her baby was so difficult; there was not enough space for her.

“At that time, all meetings were held in Father’s room, which was of course Mother’s room as well. The leaders would linger there with Father until he dismissed the meeting, usually late at night. When Mother was pregnant, she often needed a place to rest, and since there was nowhere in her room to rest, we arranged a small bathroom next door, where she could lie down. …when True Mother was tired, that was the only place she could find to sleep.

“Mother always considered the meetings so important …that she willingly offered her place as a meeting room. Father was aware that Mother had to rest in the bathroom, but still he had to fulfill God’s will, regardless of the circumstances. Although he knew Mother’s situation, he had to sacrifice it for God’s will.”

Father was aware that Mother had to rest in the bathroom.

In Heungnam Prison, True Father chose to sleep next to the toilet. He wanted to take the lowest position. In the Chungpa Dong center, True Mother slept in the bathroom. Both know the path of “the Son of Man [who] has no place to lay his head.”