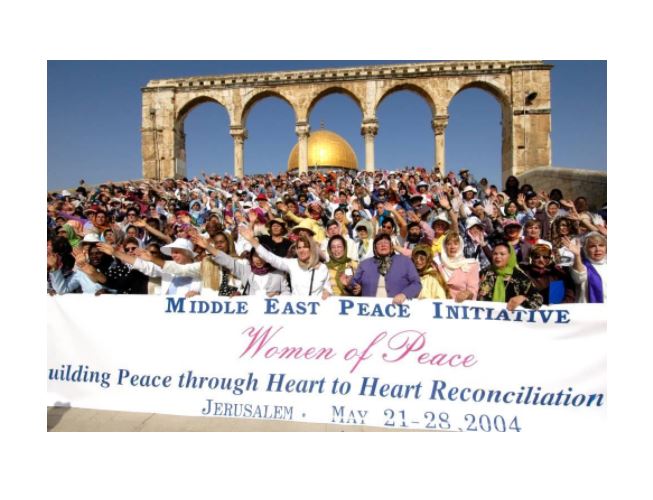 At midnight on God’s Day of 1977, True Father revealed God’s ideal of man and woman.

“The invisible, spiritual God wanted to manifest Himself as a visible being in Adam and Eve,” he said. “They were supposed to be the visible form of God, the walking God, the tangible God.”

“When you go to spirit world, you not only have a Heavenly Father but also a Heavenly Mother. …The father and mother become one and together represent the full image of God.”

And he proclaimed that he and True Mother had fulfilled this ideal.

When you go to spirit world, you not only have a Heavenly Father but also a Heavenly Mother.

“The invisible God, almighty God, can manifest through True Mother’s and my image. We are His visible image here on earth.”

“Almighty God …is appearing to you directly in the forms of Mother and me, borrowing our images to work with you. God is doing that only because Mother and I have laid a complete foundation for salvation.”

Fifteen years later, True Parents founded the Women’s Federation. This shifted the emphasis from men and women as one, to women as a distinct group. And True Mother had to stand up and represent all women.

From the outset, she critiqued western feminism. She depicted it as an adoption of the “antagonism and animosity that have been an integral part of western civilization’s culture of struggle,” and said that women did this in order to “challenge male authority and assert our rights exclusively.”

She then made an even more striking statement: “in general, men tend to center on themselves,” while “women tend to be more willing to sacrifice themselves. …for the benefit of the whole.”

True Mother made a striking statement: “in general, men tend to center on themselves.”

Her example was Japanese women after World War II. These women, she said, “were the hidden force behind your country’s recovery.” Then she counseled the world’s women, that “the virtues of sacrifice and service that [Japanese women] have cherished through [their] tradition now must be applied on the worldwide level.”

To me, a western man, this sounded unfair to Japanese men, to men in general, and to the West, both women and men. But it was my True Mother speaking, whom True Father had described as half of God. And God’s other half was sitting right behind her as she spoke. Was this Heaven’s feminism? Let’s think about this.