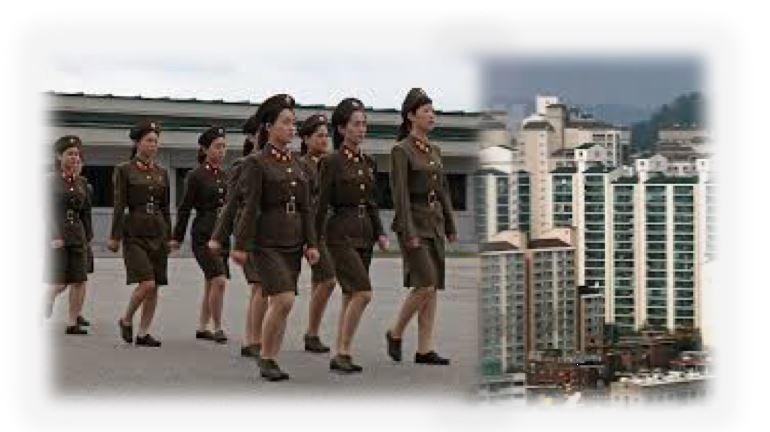 On November 11, True Mother did not give a political speech. Instead, she presented the leaders and peoples of Korea, north and south, a new narrative. She told them their identity and responsibility from the viewpoint of Heaven.

From Heaven’s viewpoint, both south and north are off track. The north’s communism and south’s consumerism both have failed. Communism’s failure is quick and dirty. Aggressively materialistic, it denies human value and starves, kills and imprisons at the will of the party.

From Heaven’s viewpoint, both south and north are off track.

According to the BBC, “Across South Korea, birthrates dropped from 4.5 children per woman in 1970 to 1.2 last year, one of the lowest rates in the world. Over the same period, the number of primary school students decreased by more than half.”

The New York Times reported on a typical South Korean village: “The post office …moved away years ago. The police station is long gone. And so is the bank. Over the years, the residents of Nogok have watched almost every major institution disappear, …Now, Nogok is about to lose …the local primary school.”

South Korea’s young people move to Seoul, live in high-rises, enter the corporate world and have few children. The birth rate per woman in the south averages 1.2, despite the government’s investment of $70bn over the last decade to encourage childbearing.

Fascist decapitation or consumerist depopulation. These are twin dead-ends.

The peninsula is a microcosm of the world’s problems. According to the World Congress of Families, “Depopulation …is the problem that nations face in the twenty-first century.” Global population growth “is a legacy from a more fertile past, and will not continue much longer. The world’s total population should start shrinking by mid-century.” By 2050, “China could easily be losing 20-30 percent of its population per generation.” So too for India. With depopulation comes economic, political and social collapse. Fascist decapitation or consumerist depopulation. These are twin dead-ends.

The solution is to bring men and women to genuinely desire marriage and family. But how? This desire is mysterious. It cannot be manufactured or legislated. It comes from the heart. So True Mother spoke to the heart. She gave the Korean people, north and south, a new narrative, the Principled story of who they are. And she did much more. We’ll unpack it this week.