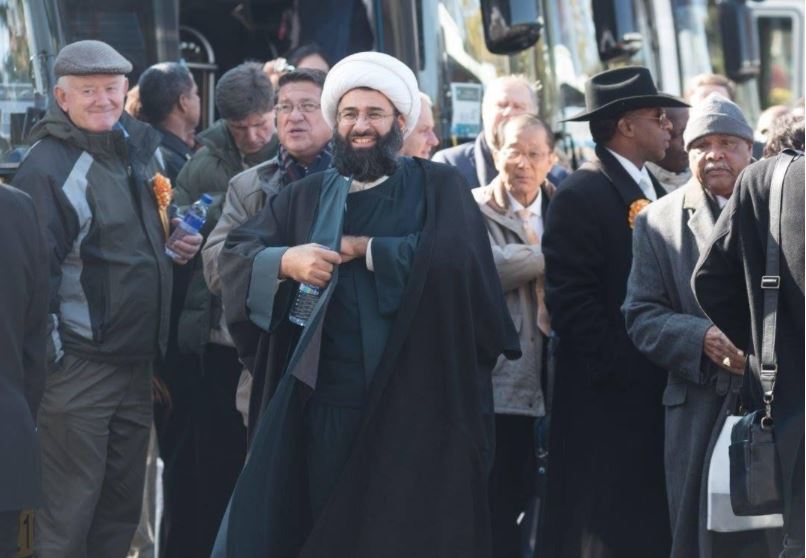 Over the past week, we have been examining True Mother’s World Cup Stadium event. Its purpose was to bring peace to the Korean peninsula, to find a way beyond the twin dead-ends of Communism in the North and democratic-capitalism in the South.

We asked, why would a spiritual leader try to solve a political-economic problem? And a woman? To answer that, we discovered that True Father assigned women—his wife in particular—the responsibility to solve the problems on the peninsula, North and South, which he understood to be spiritual problems. He did so because of Eve’s position as both perpetrator of the Fall and as its primary victim through her suffering under angelic men ever since.

Why would a spiritual leader try to solve a political-economic problem? And a woman?

Attending True Father, True Mother is taking leadership to unite the world’s governments and religions, and doing so centering not on politics and pragmatics, but upon Principle and providence. So it makes sense that her speech on November 11 was spiritual, and that we should pay attention when she interjected a mysterious question about Genesis.

She referred to the text, “there was evening, and there was morning—the first day,” and asked, “Why did Genesis not express evening and morning as the first and second day, but instead used the word, the first day?”

She didn’t answer the question directly, so it seemed out of place. Now, I don’t think True Mother would insert a random aside into such a speech. So I thought about it and realized something new.

The Divine Principle says that the night is the growing period. The seed is planted in the evening, grows through the night, and reaches maturity in the morning.

Think a little further: What happens after that, during the daylight hours? The mature entities multiply, and their offspring go through their growing period. Then in the following evening, the mature offspring plant the seeds of another new generation.

Simultaneously, the parents are in the day and the offspring are in the night.

True Mother used this teaching in Genesis to explain the providence of the God “who does not change from the beginning to the end.” Stay with us.

(Citations: Genesis 1:5; Hak Ja Han Moon, “The Truth of History from the Viewpoint of Heaven’s Providence, and This Nation’s Mission,” November 11, 2017. My reference is to my recent posts, “True Mother Breaks Through Korea’s Twin Dead-Ends” and “A Woman Will Lead Them.”)