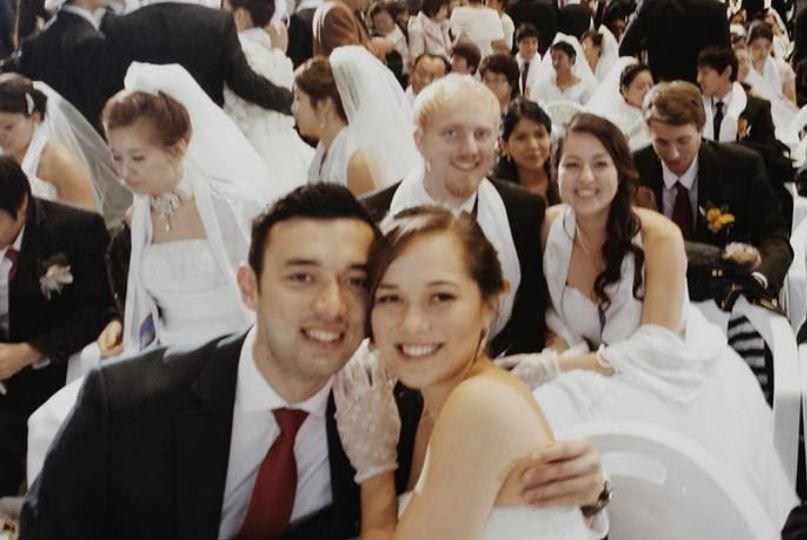 At the November 11 gathering for peaceful unification, True Mother launched no diatribe against communism. She is deeper than that. She knows that today’s struggles are global, are complex, and are advanced through a diffuse collection of causes.

As Father put it: “In Christianity and other ideologies, ‘isms’ and philosophies, their views of life, views of the salvation or betterment of the world are diverse and vague.”

True Mother launched no diatribe against communism. She is deeper than that.

But he boiled it down to this: “We can express it in one word—that they think of the thing in terms of their own benefits. Everything comes in terms of themselves, …[they] struggle hard to win everything for their happiness.” True Father called this “selfish individualism,” and said that it expands and, “when it expands, tends to deny the world, nation, family, tradition, and history.”

In sum, it is about receiving one’s fair share of love. In today’s terms, it is resisting oppression, deconstructing false consciousness, insisting that our lives matter.

“What do we have different from this?” Father asked his young followers, and he answered, “We are ready to sacrifice ourselves and our family for the salvation of broader things.”

In that 1974 speech, True Father presented his listeners with three objectives.

“First, we must revolutionize and change the individualism deeply rooted in the people of the United States.”

“Second, we must be able to revolutionize our family life. …to change the family according to a new concept.”

Third, he asked, “Can we study, criticize, analyze and make an alternative plan for the political system and for the system on every level, and make a new world out of the old?” And he answered, “Yes, we can.”

We must be able to revolutionize our family life.

In 1974, Father’s listeners “In appearance, …[were] miserable people, sacrificing all that we have. You have left your homes and left everything you used to think was a blessing for you, and you are working for the sake of all humankind.”

In 2017, Mother’s listeners were global religious and political leaders. With her they are implementing the Blessing and true family movement. With their success, the sense of oppression will be released. True consciousness will awaken. As night turns to day without being told to do so, the people’s armies will throw down their arms.

(Citations: Rev. Sun Myung Moon, The Way of Unification in God’s Providence, p. 213; “The Path That We Tread,” August 25, 1974, on which I’ve done minimal editing of the extemporaneous translation by Mrs. Won Bok Choi.)