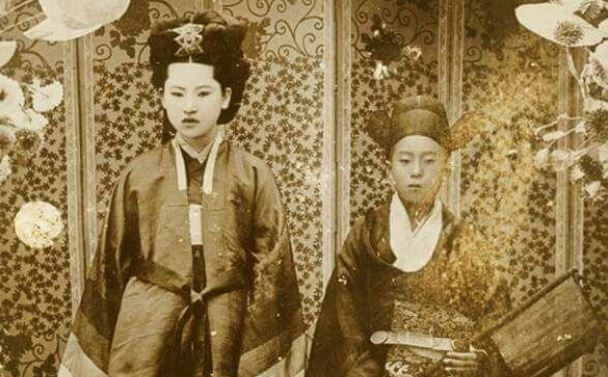 True Father explained that Korea is chosen because of a particular kind of suffering called “Han.” Korea, he said, is “the Han nation because there’s a lot of Han. It’s …the resentment of losing parents. You are orphans.”

In True Father’s view, Korea’s man-woman relationship indemnified the Fall of Adam and Eve. In this way, he connected Korea’s Han to the history of her women.

“The nation whose women were mistreated without mercy and received unbearable suffering historically will be touched by God’s loving hand. Such a nation is Korea, a place where women have been mistreated by men and have been in such miserable situations.”

“She suffers so much. She lives like a servant. Since the day she got married, she has lived like a servant to the father-in-law and the mother-in-law, the husband, and the husband’s younger brothers and sisters. Do you think they’ll leave her alone, then? If she doesn’t dress up, they criticize her for not dressing up at all. If she is beautiful, they criticize that she is too beautiful. She has to live like a servant from the very day she gets married. In this way, Korean women represent the world.”

God called Korean women to offer this indemnity: “Their husbands play the part of a satanic archangel. …So after they are married, they are only to serve their husbands. It is the way of indemnity. …If it doesn’t happen, God Himself must mistreat her in order for her to pay indemnity.”

The history of recreation will start from the nation where women suffered unbearably.

“The history of recreation will start from the nation where women suffered unbearably, historically. From this viewpoint, Korea became the foundation to receive the Messiah.”

Father concluded that the suffering of the Han nation’s women created “the world of a woman’s heart” that “a man can’t even enter.” Thus all Korean women contributed to the condition for the Messiah’s birth.

(Citations: The Way of Unification in God’s Providence, pp. 96; 416-418. The photo is from Pinterest, at https://www.google.com/search?q=korean+historical+wedding+artwork&tbm=isch&tbas=0&source=lnt&sa=X&ved=0ahUKEwiZ69ej1e3XAhWNkeAKHYPxCzgQpwUIHg&biw=1258&bih=703&dpr=1 – imgrc=RRMbmq1J1AkmyM:.)