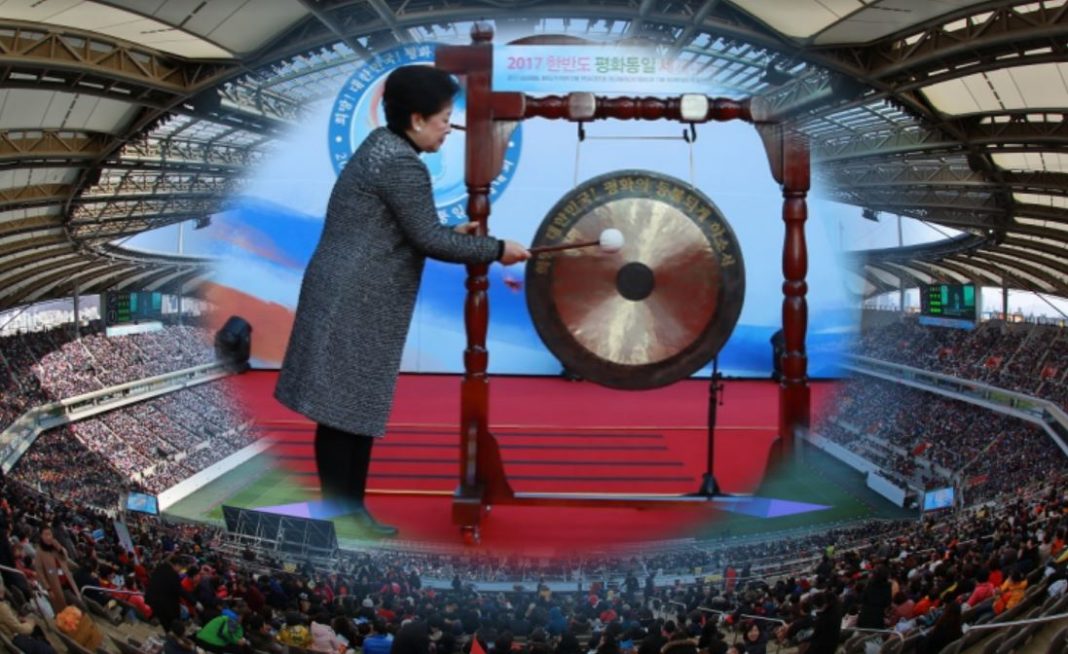 How can we comprehend True Mother’s declarations that she is the only daughter of God? First of all, men-folk, just accept it. True Father already told us: “Even though woman has a lot of suffering, man can’t even enter the world of a woman’s heart, a deep valley of love. Man can’t reach it. Even any explanation can’t reach it.”

Fess up: we’ve abused womankind, and who among women suffered the most? True Father said, “When we go to the spirit world, if we ask which women throughout the world suffered most, we get the answer, ‘It’s Korean women.’”

When drought comes, water will come out from the deepest valley.

But through every cross comes a resurrection. Of women’s suffering, True Father said, “Such a thing is evil in one sense. However, one day when drought comes, water will come out from the deepest valley. …The person who was wounded and was most miserable, who could not wear clothes, now gets the best clothes first. The person who wore the best clothes will be the last to be changed spiritually. I’m sorry, but he’ll be the last one. Therefore, the Bible said, ‘The last will be first and the first will be last.’”

The women of the last nation become the first. “When a woman becomes like a piece of rag that is ripped completely, then at last she can be re-created. Therefore, the history of re-creation will start from the nation where women have suffered unbearably, historically.”

To his women followers in Korea, True Father said, “The time will come when you will go to the world and establish a foundation for the realm of heavenly women who can lead people in the world.”

And he called one woman as the representative: “Because all four-position foundations were lost due to woman’s fall, all things that were lost need to be restored centered on one woman. …In the course of restoration history, a central woman resolves the failure of the two men that was caused by Eve.”

Just as when God called Jesus ‘My Son,’ the only daughter whom God could call ‘My Daughter’ was born.

This was the foundation for True Mother’s proclamation:

“I want you to know that the chosen people is the Han race, the people of the Korean peninsula. … Through this people and on the Christian foundation, just as …when God called Jesus ‘My Son,’ …the only daughter whom God could call ‘My Daughter’ was born.”

She followed these words with a telling question: “Isn’t this something to be joyful about and thankful for?”