Search
Home Series Government What Did They Say to Jesus? 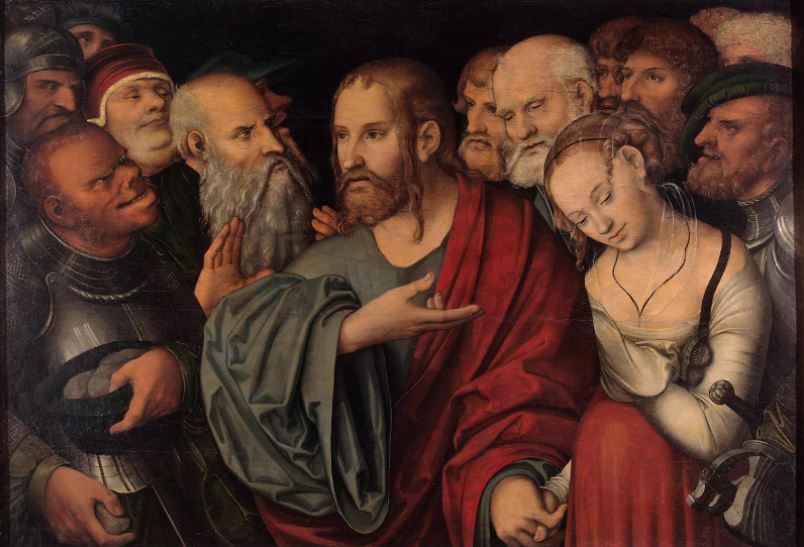 In a measured tone, True Mother stated to 80,000 at the World Cup Stadium, “just as two thousand years ago, when God called Jesus ‘My Son,’ after six thousand years the only daughter whom God could call ‘My Daughter’ was born.”

And then she asked a telling question: “Isn’t this something to be joyful about and thankful for?”

The Unification Church appeared in the world to understand the value of women for the first time.

It’s a telling question because it exposes Christianity’s total brain freeze. Christianity has lauded the Son of God for 2,000 years and not once considered the remotest possibility that a woman could be God’s Only Daughter. Not Paul, not Augustine, not Aquinas, not Luther, no one.

True Father spoke the truth when he said that he was the first. “We, the Unification Church, appeared in the world to understand the value of women for the first time, …to understand just how valuable woman is.”

He was the one to see that “The one who can stand in the same heartistic position as God is woman. Therefore, in the restoration world, woman could establish a heartistic foundation as God’s object partner.”

And now our True Mother, mother of fourteen children and spiritual leader of multitudes, declares herself God’s Only Daughter. And asks Christianity, and Korea, doesn’t this make you joyful and thankful?

Were they joyful and thankful when Jesus proclaimed himself the Son?

“’Isn’t this the carpenter? Isn’t this Mary’s son and the brother of James, Joseph, Judas and Simon? Aren’t his sisters here with us?’”

“‘Look, now you have heard the blasphemy. What do you think?’ ‘He is worthy of death,’ they answered.”

“Those crucified with him also heaped insults on him.”

As the one called to represent all women, True Mother declared who she is. She continues as one with her husband, who never changed, no matter what the world told him.

After all, what did they say when Jesus proclaimed himself the Son?

“’Rev. Moon in the Unification Church is stupid,’ I know some whisper behind me. ‘Why would he let women work at the front line? Even though he could let men lead, he has women lead.’” And he concluded to our sisters, “Without woman, we can’t have a baby. You have to go out to give the power to give birth to the nation.”

True Mother is going out with the power to give birth to the nation.