Search
Home Series Government The Sacrifice that Changes the World 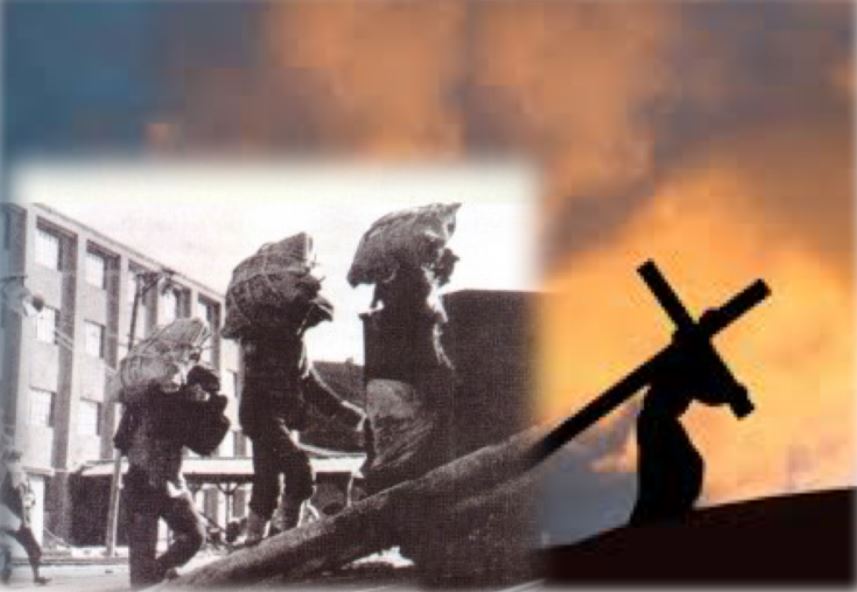 How can sacrifice and compassion bring global change? To answer this question, we first must realize that the only real global change is that which brings the world to God.

The only real global change is that which brings the world to God.

Separation from evil begins with the realization that evil is not natural. Evil is unnatural. It was infused into the world from an outside source. That source we call Satan.

Satan, an angel named Lucifer, was originally God’s good creation. But Lucifer made an error. He wanted love greater than God was giving him lately. He assumed that dominating human sexual relationships would provide him that greater love.

The first human ancestors gave in to him and made him “the god of this age.”

His assumption was wrong and he is not happy, nor are we, their descendants.

Everyone knows there is something evil about sex, but very few act on that knowledge. Why?

Because to do so is a sacrifice.

We have to sacrifice our sexual desires in order to separate from Satan.

And once we do so, God challenges us even further. He calls the one who has separated from Satan to sacrifice his or her life to bring others to do the same. This requires compassion. As Father Moon explained: “In the days of Jesus Christ, he wanted to save mankind at the sacrifice of himself. …He would feel compassion for the people and would want to drive Satan from the people.”

By the Holy Marriage Blessing, the individual, couple, family and world separate from Satan.

That is the path of real global change, instigated by our True Parents. We commit to that path through the Holy Marriage Blessing, by which the individual, couple, family and world separate from Satan.

Sacrificing the nation, feeling compassion for 7.5 billion, True Mother is leading the way to global change.