Search
Home Series Government A Reformation Based on Heart 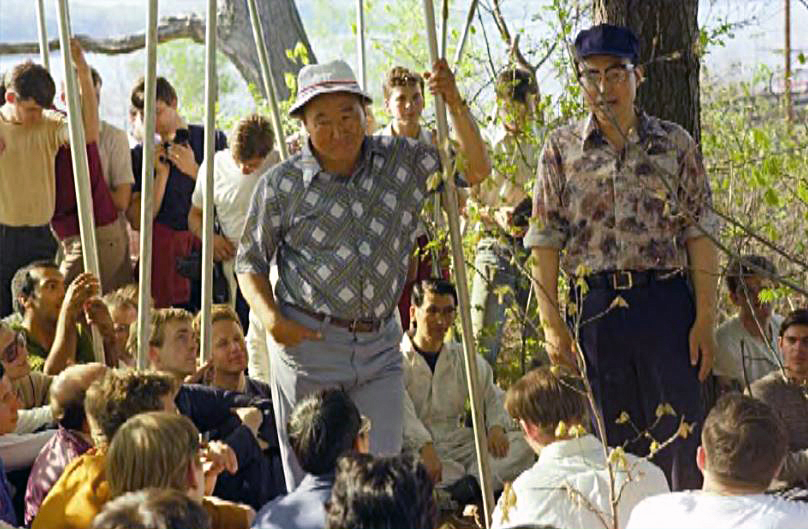 True Father had a two-step approach to the Left. On Monday we talked about the first—victory over communism. The first step followed the Cain-Abel model. We separated from communism—went to Haran—through a critique. We then served the communist world—returned to Canaan—through a God-centered counterproposal.

How does this play out? Angels excel in knowledge, competency and regulation, and use those tools to solve problems. They do not enter the realms of heart, because they cannot have children and build families.

This illuminates the strategies of the Cain-side “third renaissance,” represented by the Left, to solve problems that the second reformation could not.

To solve the conflict of science and religion, where the Cain-spirit gains sovereignty, it eliminates heart-based religion. Where it cannot gain sovereignty, it seduces religion’s immature heart to serve its purposes.

To end religious conflict, where the Cain-spirit gains sovereignty, it sets up a one-party cell system based on rules and external authority. Where it cannot gain sovereignty, it proliferates special interest groups based on politics, social issues and ethnicity.

Third, to fulfill the thirst for love, where the Cain-spirit gains sovereignty, it uses the state to degrade family and promote heartless “free sex.” Where it cannot gain sovereignty, it does the same through music, media, the arts, and corporate capitalism.

Based on heart, the “third reformation” reverses this course of secularism, big government and moral decadence.

To solve the conflict of science and religion, it provides new truth by which science can explore the causal realm and religion can express God’s heart in plain and logical language.

To solve the conflict between religions, it highlights religion’s shared heart and cultivates dialogue and alliance.

The solution to angelic dominion had to come through a woman.

To fulfill the unrequited thirst for love, it opens the four realms of heart through the Holy Marriage Blessing and true family life.