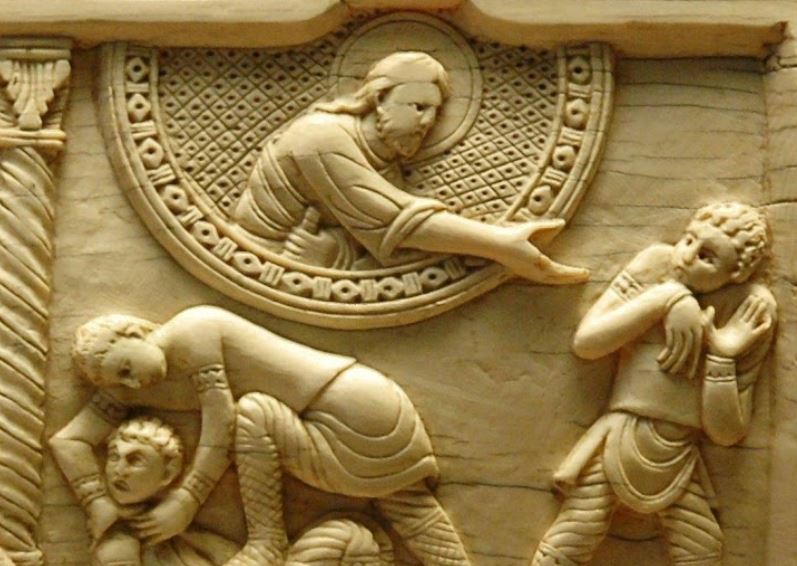 True Parents’ first step was to support democracy’s victory over communism; the second was to “unite the two worlds,” and this had to come through the elevation of womanhood. To understand why, we need to study Adam’s family.

Adam’s portion of responsibility for the Fall appears in two ways. The first was that he, having been told by God not to eat of the fruit, “should have conveyed this Will to Eve.”

Overcome by lust, Adam did not proffer redemption to the hopeful Eve.

The second emerged when Eve approached him with “heartfelt longing to return to God’s bosom…” Her angelic impulse to receive love “the easy way,” through a sexual relationship, compromised her desire to return to God through him. Nonetheless, Adam’s steadfast obedience to the Commandment would have stimulated Eve’s true longing for God and vindicated her faith in him.

Overcome by lust, Adam did not proffer redemption to the hopeful Eve. Eve thereafter carried the seed of two powerful males: one a cunning and rapacious angel and the other a young man burdened by lust and guilt.

Adam and Eve’s first son, Cain, inherited the angel’s traits. He honored the external world, was skeptical of God’s rules—i.e., religion, and believed in salvation through sexual love. Their second son, Abel, was relatively internal—other-worldly, seeking God’s favor, and conflicted over sex.

The third stage of preparation for the Messiah began with a Cain-Abel dynamic: materialism versus absolute values in science, this-worldly justice versus appeal to the Divine, and free sex versus chastity. The third reformation consisted of Reverend Moon reversing the positions of Cain and Abel on all social levels. By so doing, he restored God’s dominion over the realms of economy and politics. What did he then do with them? He returned them to their rightful owner, Adam and Eve, the parents.

Centered on God, man and women equally can assume their rightful dominion over the earth.

As a result, male and female come into balance. God can honor the plea for social justice, the value of science and the environment, and true sexual love. This transition began with God’s true Son elevating God’s true daughter, our True Mother. We’ll talk about that next.

(Citations: Exposition of Divine Principle, pp. 364-5, 193, 191. I note that Eve’s longing to return to God from a fallen position prefigures the idealism that drives religion, and the disastrous course she and Adam took prefigures the typical pattern of success and then corruption typical of religious movements.)